Especially in times of Corona, consumer users are being subjected to a vast onslaught of dangerous spam and malware. The 6-month endurance test from AV-TEST reveals which protection package is able to protect Windows 10 over a long period. 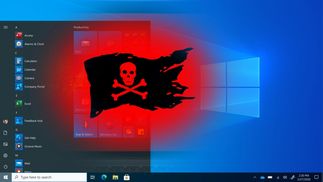 20 protection packages for Windows 10 put to an endurance test

Spam with infected attachments or dangerous downloads are but a few of the risks facing the PCs of private users. Especially in times of Corona, attackers see many opportunities to prey on private data or to extort users with ransomware. Malware statistics at the end of 2019 showed a total of 1.001 billion registered malware samples. At the end of 2020, that number reached 1.139 billion samples – an increase of nearly 14 percent. In the endurance test from July to December 2020, nearly 40,000 proliferating and especially dangerous malware samples were applied – per product.

The result shows that in the endurance test there are many protection packages that can stand up against an incredible number of malware samples, yet they do not bog down the Windows system or trigger false alarms. In the 6-month endurance test, each package had the opportunity to score up to 18 points: 6 points each for the three areas of protection, performance, and usability. A total of 4 packages achieved this outstanding feat. They are from F-Secure, McAfee, Microsoft and NortonLifeLock. Also scoring an excellent 17.8 points were the products from Avira, BullGuard, G Data, Kaspersky, Trend Micro and VIPRE Security. AhnLab, ESET, Avast and AVG followed with 17.7 and 17.5 points respectively. By comparison: In a classic monthly test, products achieving a score of 17.5 to 18 points even receive special recognition.

Coming in next were Bitdefender and Protected.net with 17.3 points, followed by K7 Computing with 17 points. The next echelon of packages from Microworld and Malwarebytes reached only 15.9 and 15.8 points. At the end of the ranking is PC Matic, scoring a mere 14.3 points. 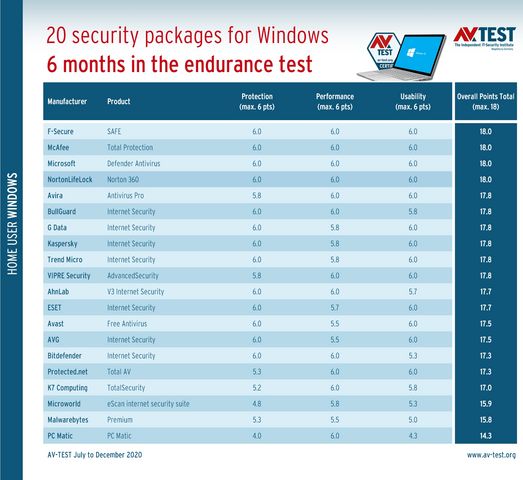 Protection packages in an endurance test

In the endurance test over a 6-month period, 4 packages achieved the highest score of 18 points 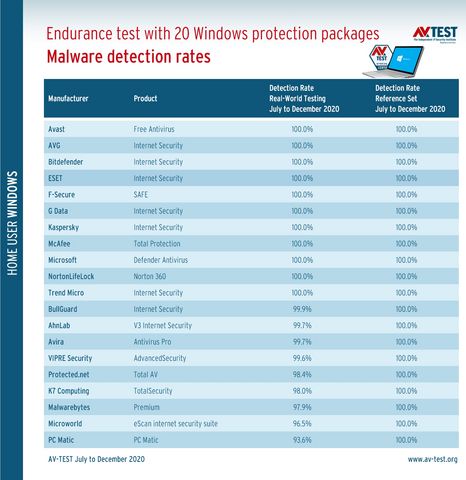 The malware detection rates in the endurance test

In the identification of malware, 11 out of 20 products in the endurance test detected all threats without exception

Protection packages in an endurance test

The malware detection rates in the endurance test

When malware doesn't have a chance

The key element of the endurance test is the evaluation of a product's protection capability. Here is how the lab goes about it: In the real-world test, the experts use freshly-caught zero-day malware from emails and downloads. These brand-new malware samples are particularly dangerous and also cannot be easily detected by some programs. In the second test, involving the so-called reference set, the lab examines whether the products can also detect already registered malware. All the packages were required to successfully complete a round of testing each month and to detect, quarantine and delete nearly 40,000 malware samples.

Whereas the remainder of the test field also managed the reference set error-free, there were issues in the real-world test. BullGuard, for example, detected 99.9 percent. AhnLab, Avira and VIPRE Security achieved high levels of 99.7 and 99.6 percent respectively. From Protected.net on down, the detection rate dropped considerably, however. Here, the results were only 98.4 percent. For K7 Computing, Malwarebytes, Microworld, and PC Matic, the detection rate dropped further from 98 all the way to 93.6 percent.

While several of the production packages are consistently effective in detecting the malware samples, some of them use a good amount of PC resources in the process. The lab meticulously measured the extent to which this is the case for some security suites. In doing so, many operations are carried out on a high-end PC and a standard PC, clocking the time required for each. This includes opening websites, installing, and launching programs, as well as performing downloads and copying data. In the test, all these operations are repeated, but this time a protection product is installed on each system. The result shows that many programs are able to use the system resources of the PC very sparingly, thus also earning the full 6 points. The list includes these 12 products:  AhnLab, Avira, Bitdefender, BullGuard, F-Secure, K7 Computing, McAfee, Microsoft, NortonLifeLock, PC Matic, Protected.net and VIPRE Security.

A minor load on the PC was caused by G Data, Kaspersky, Microworld and Trend Micro. Yet for this they still received good scores of 5.8; ESET earned 5.7 points. With Avast, AVG and Malwarebytes, the load is somewhat higher than with all other products: they all received 5.5 points. In overall terms, the load placed on the system by using protection software really tends to be small. 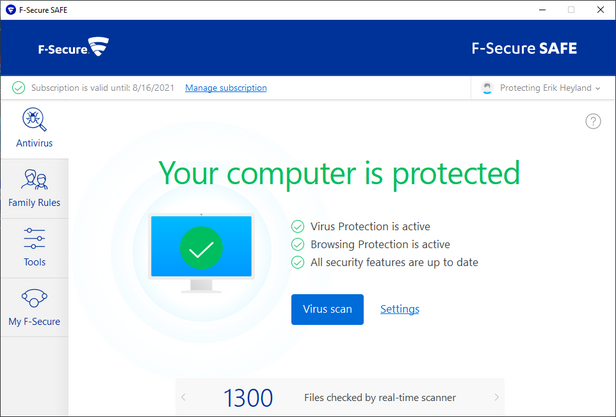 Perfect results in the endurance test: 6 points in each individual test area 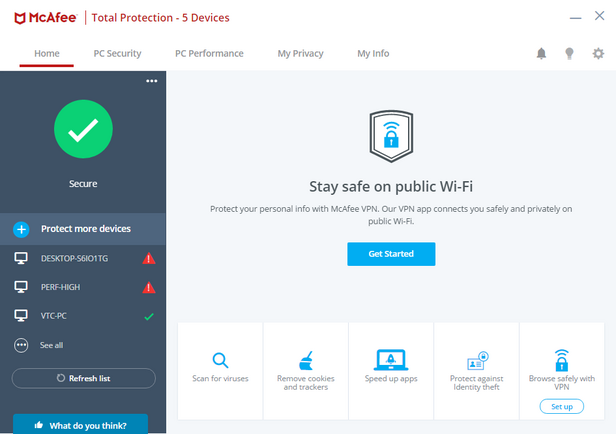 With 18 points in the endurance test, the suite demonstrated a high degree of security amid a wide range of program features 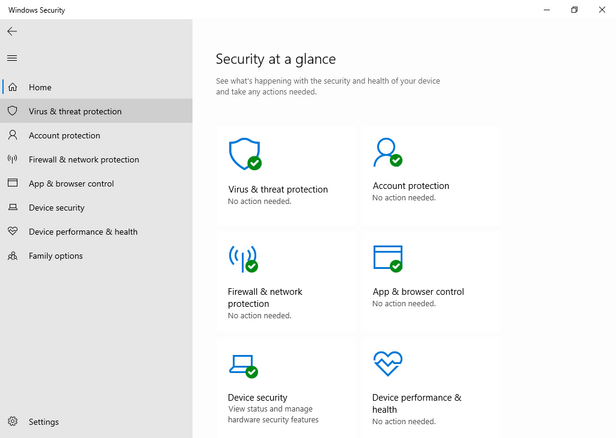 In terms of security, the internal Windows protection is no slouch in the endurance test 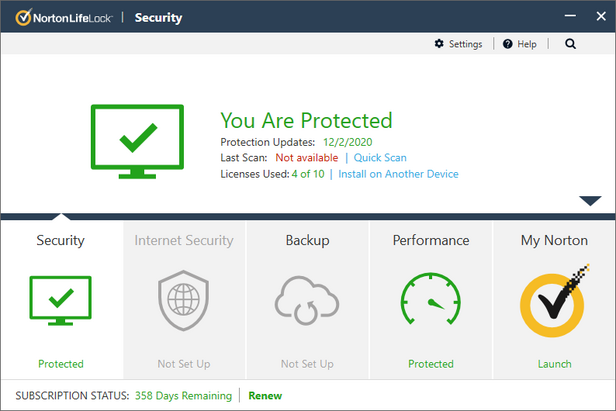 A dangerous file – or harmless after all?

Every Windows PC handles significantly more harmless files than dangerous ones. That is why an innocuous file may occasionally be falsely detected and classified as a threat. Typical users find this not only vexing but downright annoying. Because then they normally have no way of telling whether they are actually in peril.

Which is why the lab evaluates each product in terms of false alarms. When the security application is active, the lab tests thousands of websites, performs program installations, then launches the applications. The lab continues to copy millions of harmless files onto the system, which the protection packages are also required to recognize as harmless.

BullGuard, K7 Computing and AhnLab are somewhat overprotective, reporting a few harmless files as threats: for this, they received 5.8 and 5.7 points respectively. Bitdefender and Microworld earned 5.3 points; 5 points were awarded to Malwarebytes. PC Matic filters out far too many harmless files: only 4.3 points.

The endurance test over a 6-month period quickly showed which security product is very reliable. Finishing the test with maximum 18 points were 4 packages from F-Secure, McAfee, Microsoft and NortonLifeLock. Coming in close behind with 17.8 points were Avira, BullGuard, G Data, Kaspersky, Trend Micro and VIPRE Security. Which means that already half the test field can be recommended for all consumer users. Users can thus focus more on the standard features and the enhanced functions of the individual packages.

All in all, 17 out of the 20 protection packages evaluated in the endurance test over a 6-month period achieved between 17 and 18 points. Only 3 candidates were in a range from 15.9 to 14.3 points. 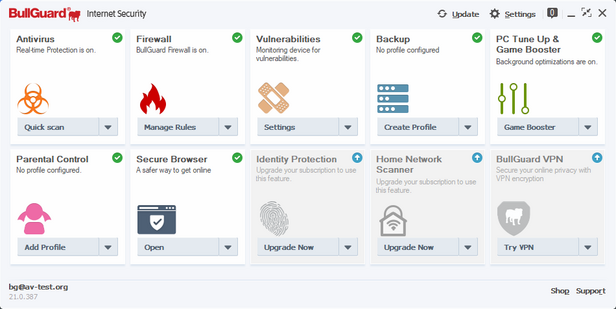 Small false alarms ruined the perfect result for BullGuard, but 17.8 points are also an excellent score 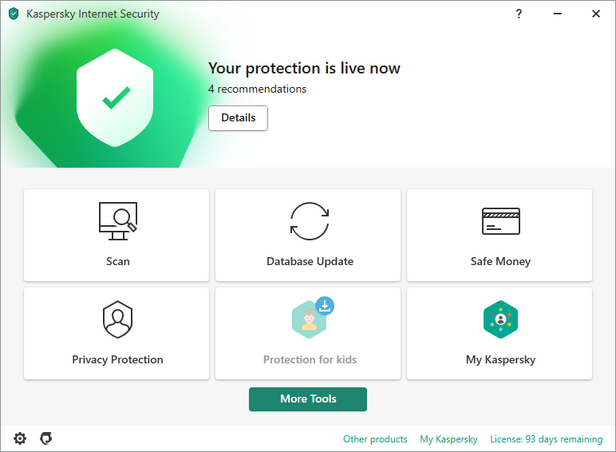 Due to a minor measurable system load, there was a point deduction: 17.8 points are nearly perfect 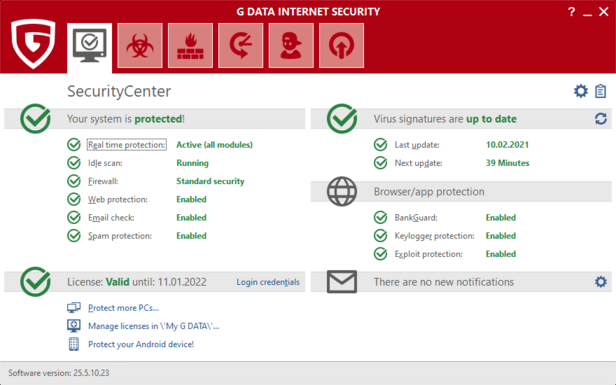 At 17.8 points, G Data came in a razor-thin margin away from the top score of 18 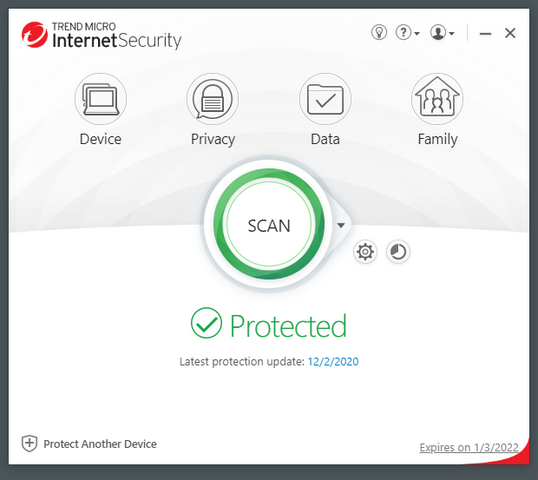 In the endurance test over a 6-month period, Trend Micro exhibited slightly too much system load – thus it received 17.8 out of 18 points