Spam is not only annoying, but often also extremely dangerous. Because unsolicited e-mails are and remain one of the most effective vectors for malware. Particularly via large-scale e-mail campaigns, cybercriminals allow their malware to proliferate across the globe in the shortest possible time. Yet e-mails with a previously spied-on target group are also ideally suited even for very specific targeted attacks; after all, practically any device connected to the Internet can be reached and infected with malicious code in this manner.

The detection systems of the AV-TEST Institute continuously filter and monitor international e-mail traffic. In doing so, among other things, they identify the location of a server through which spam is sent at a specific time. The chart shows the current values recorded over the past two weeks, two months and six months.

Origin of Spam per Country 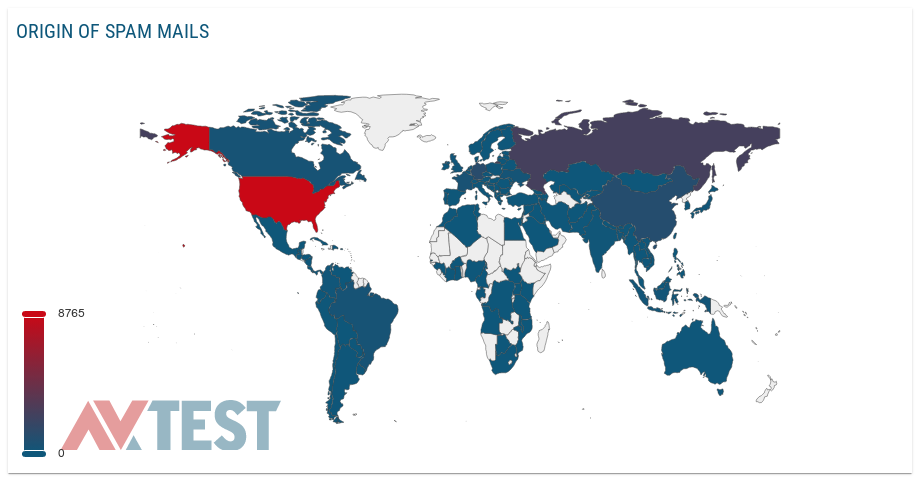 In basic terms, international spam campaigns can be divided into three categories:

The chart shows the current values recorded for the various spam categories within the past week, the past two weeks and the past month. 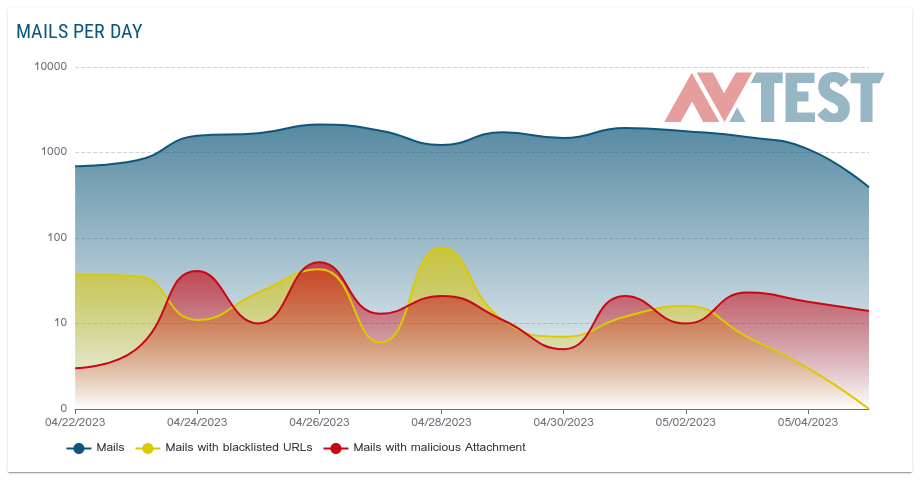 What are the countries among the largest bearers of "bad news" and whose servers are used for sending the most spam?
The detection systems of the AV-TEST Institute detect not only the volume and type of spam but also its origin. The following listings show the top 10 global spammers, along with the spam share of many other countries. 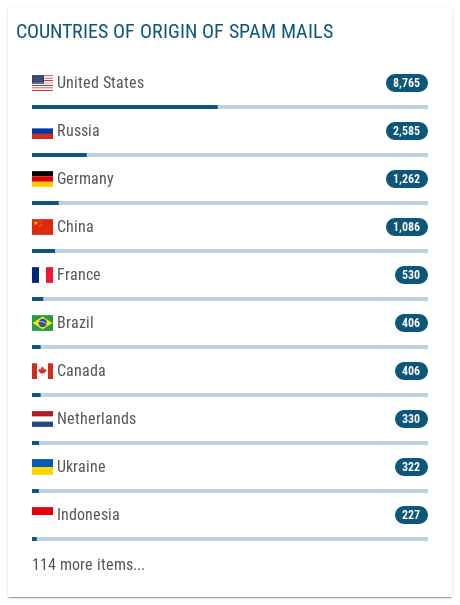