Spam and phishing e-mails, Trojans, and ransomware are at the top of the list of cyber threats. Anyone seeking solid and convenient protection ought to rely on a security package for Windows. For a full 6 months, the lab at AV-TEST vetted the quality of protection provided by these products. The findings yielded a few surprises. 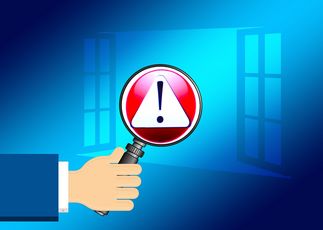 21 security packages for Windows in the endurance test

In most cases, the threat comes in the form of a dangerous link or spam attachment, or lurks as a download link in an e-mail or on a website. Just one click, one download later, and you suddenly have a Trojan or similar malware in your system. If you are hit by ransomware, you'll notice it right away, because the entire system and all available drives, along with any accessible NAS devices, for instance, will be encrypted. On the other hand, if you catch a crypto Trojan, the system will suddenly begin mining Bitcoins or some other cryptocurrency, and you may not even notice it.

Anyone wanting to stay up-to-date on cyber threats ought to take a look at the AV-ATLAS platform. It allows users to query threats or track malware statistics in real-time. From January to July 2021 alone – the time in which this endurance test took place – AV-TEST registered just under 100 million new malware samples in its database.

Each package was thoroughly examined in this endurance test every month in the categories of protection, performance and usability. For each category, the lab awards up to 6 points – i.e. a maximum of 18 points. 5 products earned this top score in the endurance test. They came from Avast, Kaspersky, Microsoft, Northguard and NortonLifeLock. An additional 9 products received 17.8 to 17.5 points. In a monthly standard test, these 14 products would be able to receive an additional TOP rating for their outstanding performance. Microsoft Defender, the solution embedded in Windows 10, yielded a huge surprise. It exhibited flawless performance in the endurance test, scoring a full 18 points. 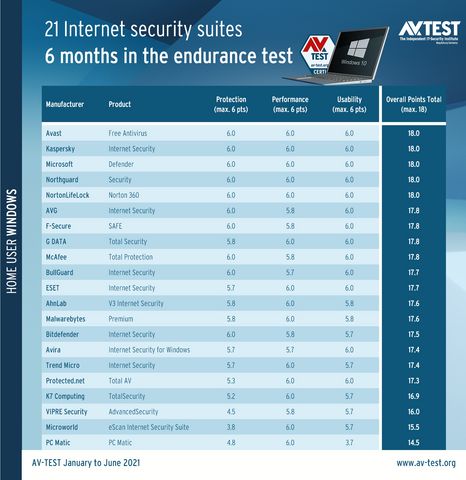 21 security suites in an endurance test under Windows

The lab at AV-TEST evaluated 21 security packages in an endurance test for over 6 months, whereby 5 products achieved the full 18 points 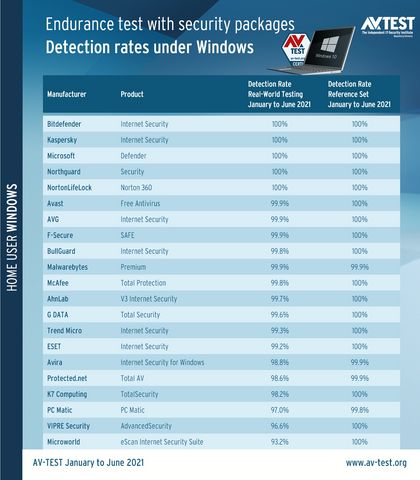 In the long-term test under Windows, 5 products detected all attackers 100 percent in the real-world test and using the reference set

21 security suites in an endurance test under Windows

Each product pitted against nearly 50,000 Trojans & other threats

In the first test category of protection, each security package has to show what it can do. The lab deploys two tests for this: the real-world test with new, unknown zero-day malware and the evaluation using the AV-TEST reference set. This set contains already known Trojans & other malware samples, which are naturally updated and adapted for each monthly test. This ensures that all security packages tested each month will fend off the same groups of attackers upon detection.

In both test phases, these solutions detected 100 percent of all attackers: Bitdefender, Kaspersky, Microsoft, Northguard and NortonLifeLock. Following close behind were Avast, AVG and F-Secure, also perfect in terms of the reference set, but committing a minor error in the real-world test and thus scoring 99.9 percent.

All other packages scored lower in terms of their detection values, yet still earned over 5 out of 6 points in the rating. Only PC Matic, VIPRE Security and Microworld committed too many detection errors, thus receiving 4.8 and 4.5 points respectively; Microworld scored a mere 3.8 points.

When a security solution noticeably starts slowing down a Windows system, PC users become annoyed and, in the worst case, begin disabling various protection devices. That is why in the long-term test, in the category of performance, the lab also looked at how heavily the security packages placed a load on a Windows system. For the evaluation, the testers used a high-end PC and a standard PC, and began performing various operations on them. They launched websites, installed and started up programs, carried out downloads and copied data. The lab evaluated all these tasks once without, and once with the security package installed, analyzing the data collected.

The packages from AVG, Bitdefender, F-Secure, McAfee and VIPRE Security put a very slight load on the PC, resulting in points being taken off: 5.8 points each. For Avira and BullGuard, the load was somewhat higher: both achieved 5.7 points.

All in all, however, it can be said that the security packages for Windows PCs recently evaluated hardly slow down the system at all and definitely provide no grounds for going without protection. 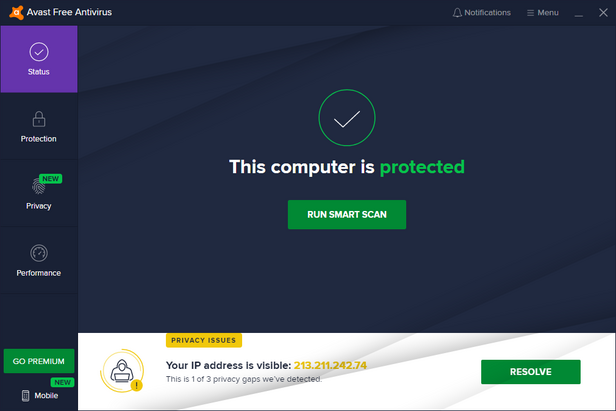 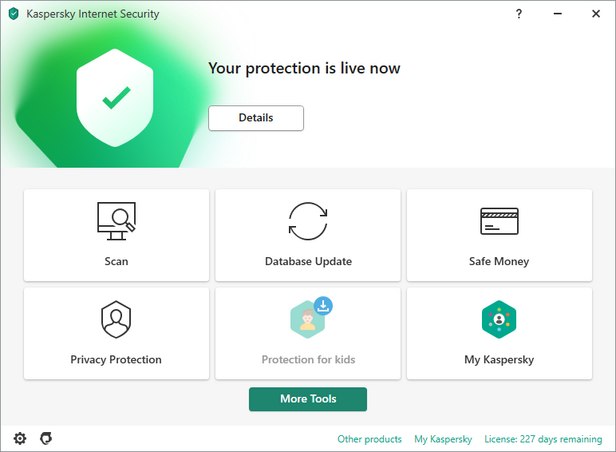 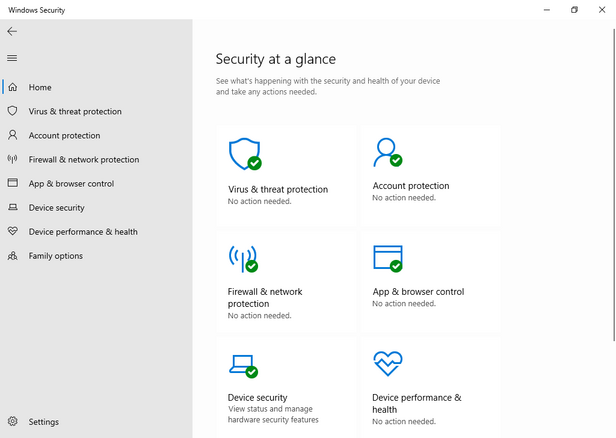 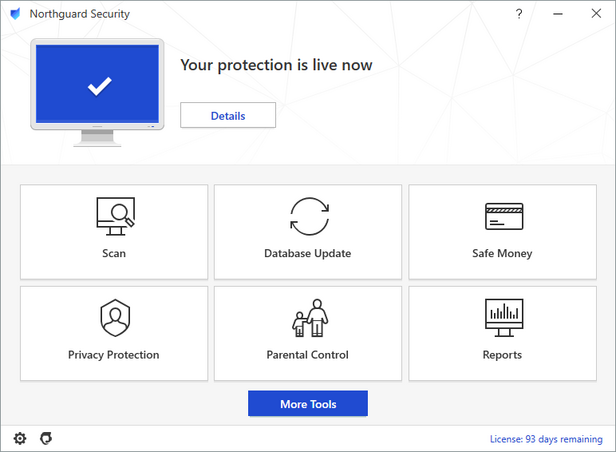 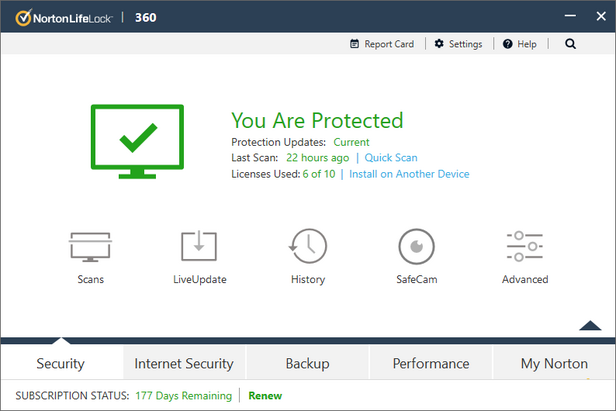 In the final major test area, the lab examined the friend-or-foe detection of the security packages and any false alarms triggered by them, with a focus on usability. During the evaluation, the respective security program was active. Then the lab visited thousands of websites, carried out installations of applications and launched them afterwards. The lab also continued to copy millions of harmless files onto the system, which the security packages had to recognize as a "friend".

Also in the category of usability, the laboratory awarded up to 6 points for each security package. Achieving perfect scores were a total of 13 packages: Avast, AVG, Avira, BullGuard, ESET, F-Secure, G DATA, Kaspersky, McAfee, Microsoft, Northguard, NortonLifeLock and Protected.net.

AhnLab and Malwarebytes committed minor errors and still received 5.8 points. All other packages examined in the endurance test reached what is still an excellent score of 5.7 points. Only PC Matic exhibited too many faulty detections, thus triggering false alarms: a mere 3.7 points.

A good security package ought to exhibit compelling results not only for a short time period but also achieve excellent scores in an endurance test. The recent long-term test from January to June 2021 indicates that there really are many good security packages and suites out there. If you want to use one of the best products scoring 18 points from this test, it is worthwhile keeping a lookout for the packages from Avast, Kaspersky, Microsoft, Northguard or NortonLifeLock. It is important to mention, however that an additional 9 packages came in only 0.5 points behind and also delivered excellent results.

The surprise result of the test was Microsoft Defender, a standard feature in Windows 10. For no-frills standard protection, Defender can thus be recommended without reservation. Long-time users of antivirus software, however, have come to know and appreciate the many additional security features of the other security suites. In addition to good virus detection, paid products feature a panoply of useful instruments not offered by free software, such as VPN, passport manager, mail filter, and phishing protection. Generally speaking, the scope of functions of security suites for the protection of private user systems is more comprehensive than that of free programs, which is why their use is recommended.