When companies opt for a security solution, their investment is deployed for a long period of time. That is why it is all the more important to know which solution provides the best protection in an endurance test. AV-TEST examined 16 endpoint security products over a 6-month period. 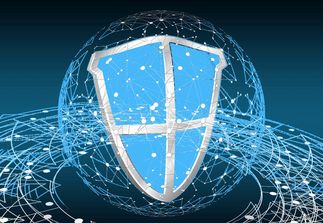 an endurance test from July to December 2020

In the latest endurance test from July to December 2020, the lab from AV-TEST examined a wide array of 16 endpoint security solutions for corporate users. The endurance test quickly reveals the effectiveness of a security solution's most important component, the endpoint security. The lab put all the solutions through standardized tests in the categories of protection, performance, and usability. All products in the endurance test were examined each month in the specified test categories. Thus, there were a total of 6 test rounds, which are summarized in the findings.

Per category, each solution can earn up to 6 points, i.e. 18 in total. The endpoint security products from Kaspersky, Microsoft, Symantec, and Trend Micro completed the test with this top score. Hot on their heels was F-Secure with 17.8 points. The products from AhnLab, ESET, Bitdefender, Avast, G Data and McAfee followed close behind with excellent 17.7 to 17.5 points. By comparison: in the standard test from AV-TEST, products completing the test with 18 to 17.5 points normally receive additional recognition. 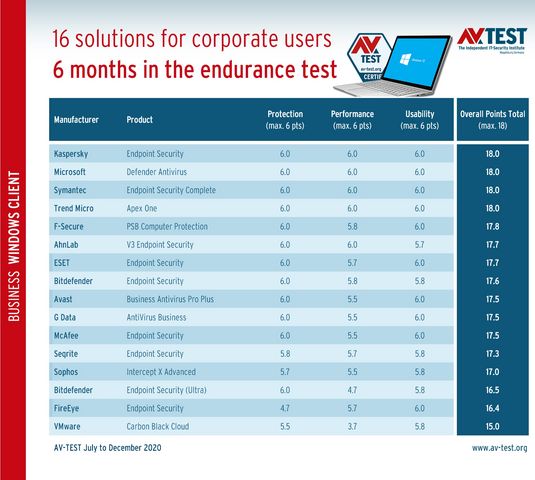 Corporate solutions in a long-term test 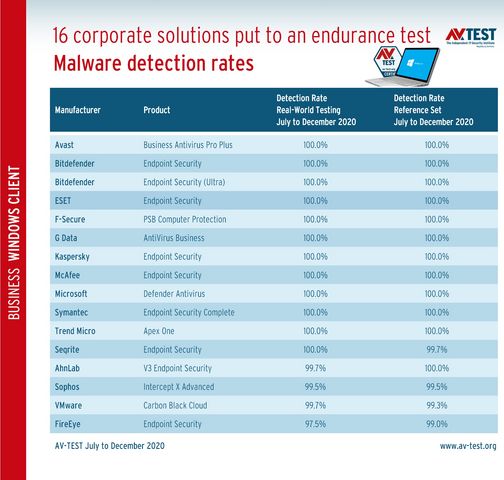 In many tests throughout a 6-month period, 11 out of 16 solutions detected all threats

Corporate solutions in a long-term test

A protection solution for corporate users always has at its core an endpoint security solution, deploying various protection and detection techniques to fend off classical threats. In a two-phase, sophisticated monthly test, AV-TEST examines the protection of each solution. In the real-world test, the lab uses zero-day malware, freshly harvested from honeypots, e-mails and websites. In the second phase, involving the AV-TEST reference set, the lab looks closely at protection against extremely dangerous, yet already known, malware. Overall, throughout the 6-month period, the lab deployed just under 40,000 malware samples.

Here are the additional results: Seqrite was error-free in the real-world test, but it detected only 99.7 percent in the test involving the AV-TEST reference set. For AhnLab, it was exactly the other way around. While Sophos and VMware did commit errors in both test segments, they achieved between 99.7 and 99.3 percent in terms of detection.

The solutions for corporate users normally have to react to Windows PCs with a wide range of configurations. That is why it is important to know how much of a load the client software puts on a PC. In order to arrive at a realistic average value, the lab uses the following scenario: A high-end PC and a standard PC are used as reference devices. The lab performs various operations on them. For instance, it launches websites, installs and starts up programs, carries out downloads and copies data. The times required then serve as reference values. Later, the lab always installs a security solution on the PCs, repeating all the operations, noting the times required and thus determining the delays and system load, respectively.

Thanks to a hardly measurable system load, the solutions of the following manufacturers earned the full 6 points in this category: AhnLab, Kaspersky, Microsoft, Symantec, and Trend Micro. Bitdefender and F-Secure created a minor load. For this they received 5.8 points; ESET, FireEye and Seqrite 5.7 points. Somewhat more conspicuous were the clients from Avast, G Data, McAfee, and Sophos. They had slight deductions: earning 5.5 each. The version Bitdefender Ultra required more system resources than the standard version and thus received only 4.7 points. The solution from VMware demanded quite a lot of resources. For this, the lab awarded a mere 3.7 points. 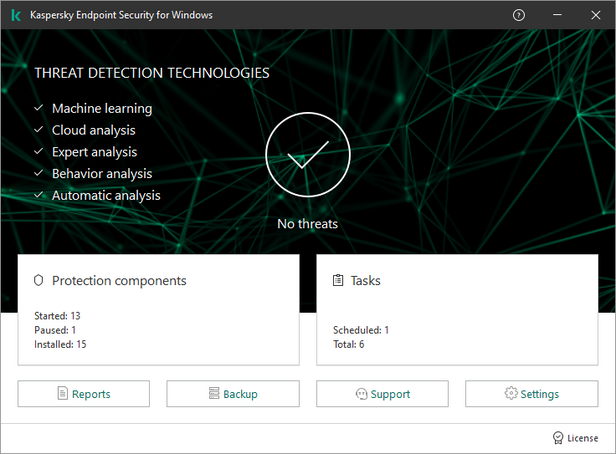 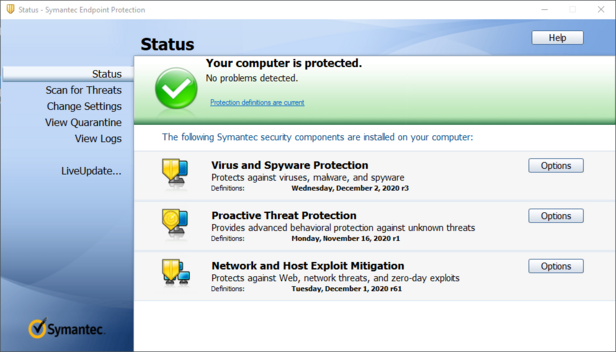 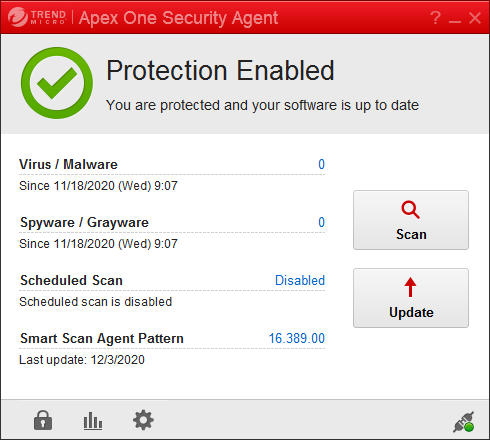 In the endurance test throughout 6 months, the solution consistently demonstrated top scores and thus received the maximum 18 points 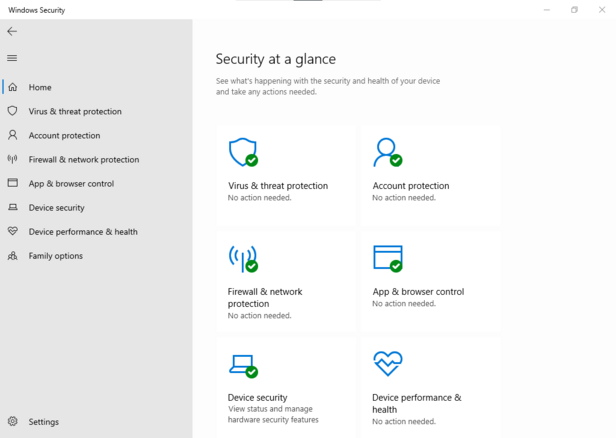 Under everyday conditions, endpoint security is required to scan far more harmless working and system files than malware files. That is why especially in companies, it is extremely important for solutions to be able to detect harmless files and programs as such. Which is why the lab evaluates each solution using a comprehensive detection packet. Thus, the testers visit thousands of websites, install and launch a few hundred popular programs and subject a few million harmless files to detection.

Many endpoint security solutions finished the test error-free and for this they received 6 points. They were from Avast, ESET, FireEye, F-Secure, G Data, Kaspersky, McAfee, Microsoft, Symantec, and Trend Micro. Points were taken off for minor errors. That was the case for Bitdefender (both versions), Seqrite, Sophos and VMware: 5.8 points each. AhnLab still earned 5.7 points.

The latest endurance test over a 6-month period from July to December 2020 presented a whole host of safe security solutions for corporate users. Even over such a long test period, the endpoint security packages from Kaspersky, Microsoft, Symantec, and Trend Micro earned the maximal point score in all test segments and thus a total of 18 points. F-Secure, AhnLab, ESET and Bitdefender followed very close behind with 17.8 to 17.6 points.

In the standard tests for Windows security software for corporate users, all solutions reaching at least 10 points receive the certificate for tested security. For consumer products, the label is "AV-TEST Certified" and for corporate solutions it is "AV-TEST Approved". If a product reaches at least 17.5 out of 18 points, it receives additional recognition as a TOP PRODUCT.

The lab from AV-TEST continuously releases 2-month tests, highlighting each month tested and summarizing the findings. Thus, each year, 6 tests of Windows security software for corporate users reflect 12 months of testing. If a product is successful in all tests, it receives the special quality seal: “Monitored Malware Protection". The seal confirms the regular certification of a product over the period of an entire year and also indicates the year! At a glance, it shows which products have been able to continuously meet the AV-TEST security standards and thus provide effective protection against cyber attacks.

If a product is successful in all tests for one entire year,
it receives the special quality seal: "Monitored Malware Protection".