AV-TEST lab recently tested 22 Internet security suites for their protection, performance and usability. Well-known suites that charge a fee for their services scored the best results. Depending upon the type of license, the cost of protecting a Windows PC is only around 1 Euro per month. 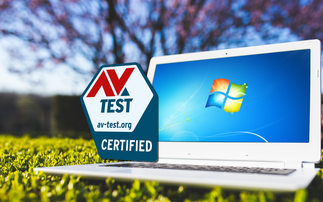 22 products in the certification test at AV-TEST.

The best Internet security solution protects against all threats, doesn't slow down the PC, nor does it make itself noticed with annoying queries. In the view of the experts, this perfect score in the test series was achieved twice: the suites from Bitdefender and Kaspersky were each rewarded with 18 points for all test areas. Following very close behind at 17.5 points are the packages from Avira, Check Point and Symantec. The best freeware security packages come from Avast and Panda. They each achieved 16 points in the test. 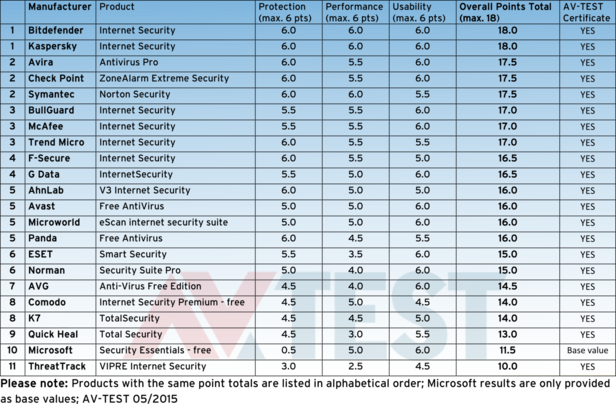 Kaspersky and Bitdefender achieve the maximum of 18 points in the test (AV-TEST, last amended in May 2015). 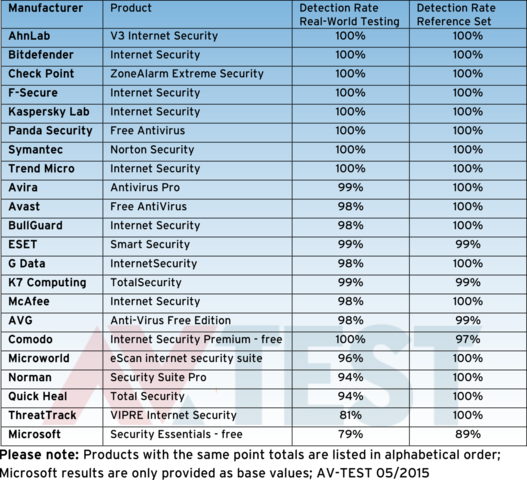 A total of 9 products achieved 100% detection of all malware threats in the difficult real-world test (AV-TEST, last amended in May 2015) 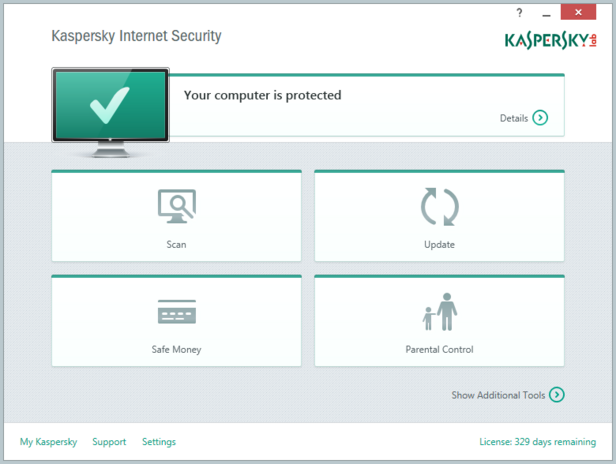 The suite scored the maximum number of points in all the test areas. 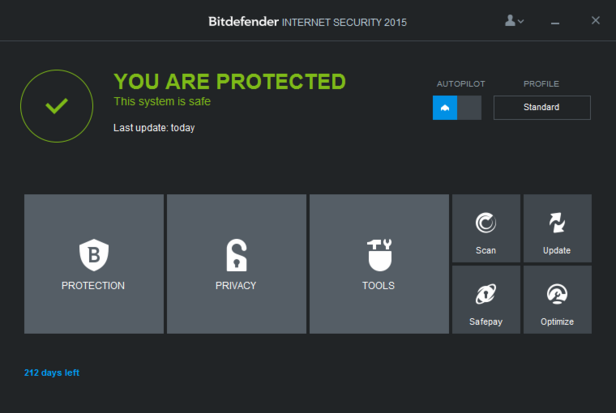 Best scores in all test areas, thus achieving 18 points – it doesn't get any better than this. 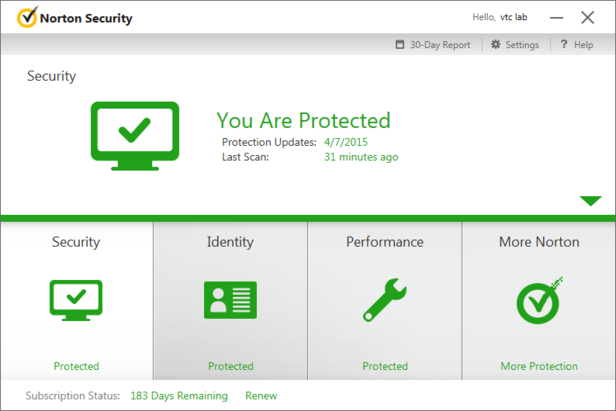 The suite from Symantec did produce a few individual false positives, it otherwise scored top results, however.

Each user has to decide on his own whether the security of his Windows PC is worth investing around 1 Euro per month or not. Also included in the tests were five freeware sentries from Avast, AVG, Panda, Comodo and Microsoft Security Essentials. While the packages from Avast and Panda both did show strong performance, there is a small catch to each of them. Avast, for example, only scored 5 out of 6 points in the protection test category. The package from Panda did manage to score 6 points, but it slowed down the performance of the PCs significantly. However, the freeware packages clearly outperform Microsoft Essentials (11.5 of 18 points), tested for comparison, and therefore are definitely to be recommended for quick system protection.

Test with the latest malware specimens

In malware detection, all the system protectors were required to overcome the same obstacles. Initially, the real-world test, for example, required detecting some 190 brand-new threats. The laboratory team collated this special group within 4 weeks prior to the test of websites and email attachments. They are only the most dangerous tip of the iceberg accumulated in these few weeks. The second test category is the detection of already known threats collected in the AV-TEST reference set. The set is constantly updated and contains over 28,000 malware specimens. The security packages ought to detect all threats contained in here without exception.

Not all products successfully completed the compulsory exercise, the detection of the reference set. 17 security packages were error-free in this test, but five applications faltered. While ESET, K7 Computing and AVG each committed only minor errors at 99 percent, Comodo with 97 percent and Microsoft with 89 percent exhibited significantly more security gaps.

Which application slows down the PC?

Users without protection software repeatedly indicate on surveys that they use no protection; otherwise the PC will become too slow. To be sure, a system with a security package works somewhat more slowly than a system without any protection. But AV-TEST already illustrated in detail in an article just how small the loss of performance really is. You can read the article on our website "Endurance Test: Does antivirus software slow down PCs?"

The best products in the test, each scoring 6 points in detection, also earned 6 points in the category of performance: Bitdefender, Kaspersky and Symantec. Additional products with perfect scores in detection still received 5 to 5.5 points out of a possible 6.

In the performance tests, evaluations are geared to the daily requirements of the users: Websites were called up, software applications were launched and installed, and data was copied under Windows.

Get on the user's nerves, and you're out

It was only a few years ago when the Internet security packages used to query the user several times daily with cryptic pop-ups, asking for a decision. Fortunately, those days are gone. In the usability test, the behavior of the suites was examined in terms of whether they constantly generated false positives or wrongly blocked harmless websites. The lab uses nearly 380,000 clean program files for this test, and feeds them to the security packages. Many products can in fact discern between good and bad without any false alarms. That is why 20 products in this category receive between 5 and 6 points. Only the freeware solutions Comodo and ThreatTrack generate more false positives.

The best products cost some money

The freeware security packages make quite an impressive showing in the test, but anyone who wants the highest level of security is required to use one of the commercial packages. In this test, that would be the solutions from Bitdefender and Kaspersky, scoring 18 points each. Yet the packages from Avira, Check Point and Symantec are hot on their heels with 17.5 points each and thus offer a secure option as well. The paid software products offer additional benefits such as parental control, online backup options or security tools for online payment functions. The free products tend to concentrate mostly on their pure protection function.

The midfield of 15 to 17 points gives up a point here and there in each category. Especially noteworthy here are Trend Micro, F-Secure, Ahnlab and Panda Security. These four exhibited flawless detection and received 6 points for this. They only lost a bit in the overall score due to a somewhat higher system load or here and there due to a false alarm.

Avast and Panda Security, at 16 points each, are quite far ahead among the freeware solutions. But Panda has to use too much system power for perfect protection, while Avast missed a few threats. The benchmark scores of Security Essentials from Microsoft were outperformed by all other free security packages except ThreatTrack.

"We are already counting malware threats per second"

It's crazy, and the numbers are difficult to convey to a normal user. With the numbers up in the millions, it seems impossible to comprehend the growth of malware threats. That is why AV-TEST breaks it down as follows: Whereas in 2014, there were 4 malware threats being counted per second, thus far to date in 2015, there are already 5 malware threats per second.

The lab is often asked how it compiles the statistics for threats, or malware, to use the technical term. To do so, it actively scours the web for anything that could pose a risk or an infection, for example: websites with drive-by downloads and exploits, Twitter links, spam and phishing pages. In addition, the lab uses many special mail accounts and websites as so-called "honeypots". These honeypots attract the distributors of malware. Thus they involuntarily deliver their latest malware versions to AV-TEST. Overall, this results in millions of sources every day!

All the data discovered is then examined internally at AV-TEST using proprietary multi-scanners, classified and stored in an incredibly large database. This already contains more than 400 million malware specimens. The storage space for this alone has now reached over 200 terabytes – that is the rough equivalent in data volume of over 43,500 DVDs!

On the www.av-test.org website, there is a section entitled "Malware Statistics". It allows interested visitors to follow the growth almost live. Incidentally: on the same website, there are also statistics on the topic of "Worldwide growth of Spam".