AV-TEST Awards: This is the Elite Class of IT Security 2018

Never before have there been so many and such far-reaching cybersecurity incidents as in the past year. Thus, 2018 became not only an example of talent on parade for cybercriminals, but also for IT security products having to confront these challenges in real time. Only the security solutions most effective in weathering the storm of new malware programs and protecting their users from an array of professionally exploitable security vulnerabilities earn the world-renowned accolade for IT security: the AV-TEST AWARD 2018. 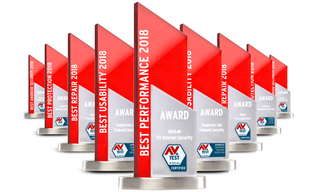 This is the Elite Class of IT Security 2018

Last year, it wasn't all quiet on the IT security front: hacker attacks on crypto exchanges reaching triple-digit millions, attacks on the SWIFT banking platform, data leaks with disclosure of millions of sensitive data records and Facebook's data scandal. Time and again, security experts reported the use of malware for strategic government cyberattacks, mainly in conjunction with espionage. For providers of IT security solutions, 2018 was destined to be a year like no other. This is true especially for providers who submit to the AV-TEST Institute's annual tests, thus ensuring clarity and transparency among customers.

In this, the status quo is anything but mundane, because for Google's mobile operating system alone, AV-TEST's detection systems registered an average of over 250,000 new malware programs per month for the year 2018. Thus, the total number of malicious Android apps at the end of 2018 was 28.4 million samples. The threat level is even much higher for Windows systems: More than 11.4 million new malware samples per month last year kept the money rolling in for cybercriminals. This translates to 4.4 new malware programs per second, thereby increasing the number of known Windows malware samples to over 850 million.
Despite the significant escalation of the cyber security situation, there is also good news for customers of IT security products: Never before in the 15-year history of the AV-TEST Institute were so many manufacturers able to earn awards for excellent performance in IT security as last year! And thus AV-TEST is presenting a total of 26 awards for peak performance to nine manufacturers in the fight for optimal IT security.

Formal awards ceremony in the city of Erfurt

This year, the festivities for presenting the coveted AV-TEST Awards will take place in Erfurt, the state capital of Thuringia in Germany. The representatives of IT security companies from around the globe will be in Erfurt this year to share knowledge at the preceding AV-TEST Security Summit, as well as at the formal presentation of the internationally renowned awards. Together with the management of the AV-TEST Institute, they will be honoring excellence in the categories of PROTECTION, PERFORMANCE (speed), USABILITY, REPAIR and MOBILE SECURITY for 2018. In all, nine manufacturers have set themselves apart from the crowd of IT security solutions providers: AhnLab, Avast, Avira, Bitdefender, F-Secure, Kaspersky Lab, Seqrite, Symantec and Trend Micro. Below are the award-winning products in the individual categories:

There is sensational news for private PC users, as this year's battle for the title in the elite discipline of "Best protection on Windows systems for end users" was particularly fierce! Throughout the year, the test candidates excelled with top scores in the protection test, and vied for the crown in that category. Only after evaluating a total of 18,323,030 samples per product did it finally become clear which of the 18 products were able to garner the AV-TEST Award 2018 for consumer security: Internet Security from Bitdefender, Safe from F-Secure, Symantec's Norton Security and Internet Security from Kaspersky Lab and Trend Micro turned out to be the products not only offering the best defense against malware; in terms of point score, when all the tests were completed, they finished in an absolute dead heat ahead of the remaining test field.

There is similar good news to report for the business sector as well: In selecting the best protection solution for corporate environments, customers have the choice between four products: PSB Computer Protection from F-Secure, Small Office Security from Kaspersky Lab and the two Symantec products, Endpoint Protection and Endpoint Protection Cloud, showed the best defensive performance throughout the test period over the entire year. Because there was a dead-heat finish in terms of point score, the AV-TEST Institute is therefore selecting several winners in the test category of best protection for companies 2018: F-Secure, Kaspersky and Symantec.

Also in the test category of performance, the test candidates are neck-and-neck, and the competition for the top positions is correspondingly close. Unlike many security solutions, which make significant use of system resources to monitor protected systems, the products from AhnLab, Avira, Bitdefender, Kaspersky Lab, Seqrite, Symantec and Trend Micro make the difference. These protection solutions earning awards in the category of performance managed to pull out ahead of the test field, thanks to minimal use of resources, above and beyond strong protection performance. For consumer products, V3 Internet Security from AhnLab, Avira Antivirus Pro, Bitdefender's Internet Security and Norton Security from Symantec share this year's award.

For corporate users in particular, resource-conserving solutions are a vital selling point. The award for the best performance in corporate solutions 2018 goes to the products Kaspersky Lab Endpoint Security, Seqrite Endpoint Security, Endpoint Protection Cloud from Symantec, as well as OfficeScan from Trend Micro, thanks to their achieving the same point score throughout the one-year test period.

Frequent false alarms often prompt users to deactivate important security features, not only in consumer products. In a corporate computing environment, a large number of these types of false alarms increase administrative overhead and thus reduce the effectiveness of the protection solution. Accordingly, proof of good usability is clearly more than just a feature that is nice to have. This year, there is a manufacturer not only among the consumer products but also among the enterprise solutions that is clearly a step ahead and causes its users the least amount of annoyance with false alarms: Kaspersky Lab is receiving the Usability Award in 2018 both for its consumer software Internet Security and for the business solutions Endpoint Security and Small Office Security.

The 2018 malware numbers determined by AV-TEST's detection systems prove the level of detection performance that is required to contain the constantly-rising flood of malware. In addition to fending off malware attacks, when disaster strikes, the rescue of infected systems also plays a decisive role in the fight against the cyber mafia in terms of preventing data losses or costly system failures. The comprehensive repair tests of the AV-TEST Institute document how well test products help towards regaining control over files and systems. The fact that five products qualify for the accolade of Best Repair 2018 Award, thanks to their outstanding results, is good news. Thus, this year's award for outstanding rescue performance goes to Avast Free Antivirus, Antivirus Pro from Avira, Bitdefender's Internet Security, as well as Internet Security and the Virus Removal Tool, each from Kaspersky Lab.

The drastically rising numbers of malware for Google's mobile operating system prove that malware attacks on Android devices have now become a lucrative business model for cyber criminals. Due to the widespread distribution of devices, many of which are not at the latest patch level, there is a massively-increasing risk of malware infections, not only among end users. The Mobile Security app from Symantec excelled in 2018 with continuously strong protection performance over the entire test period. 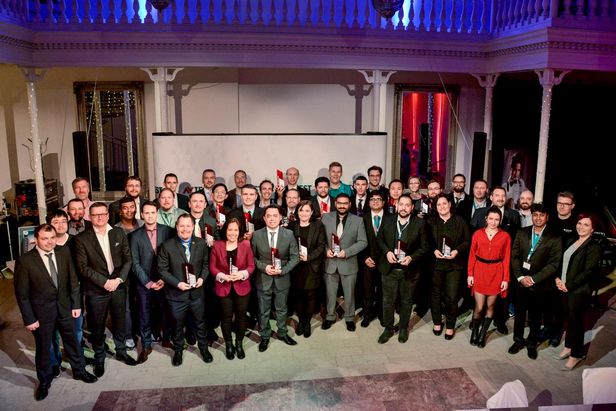