The Best Android Guardians – 25 Security Apps Put to the Test

Don't even think twice about it, just do it: secure your Android device with a security app. Attackers are constantly exploiting Android security gaps with infected apps or attempting to install the latest ransomware. AV-TEST recently tested 25 apps in terms of protection and other features they have to offer. 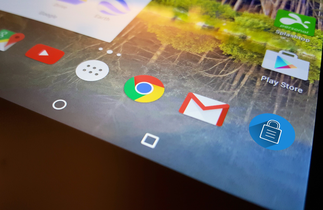 In the laboratory, 25 apps were called upon to show what they could do.

Protecting your Android system means not only safeguarding it against threats but also securing your data as a backup, remotely controlling your smartphone in case of loss or encrypting your data. Of the 25 security apps recently tested, 12 are even available for free. While they all offer effective protection, the complete package in terms of security is offered only by paid apps. 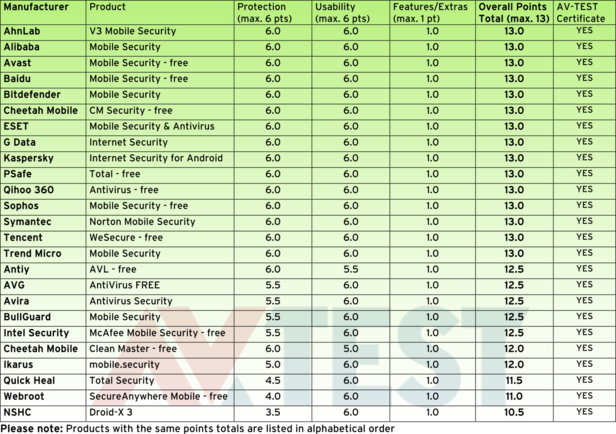 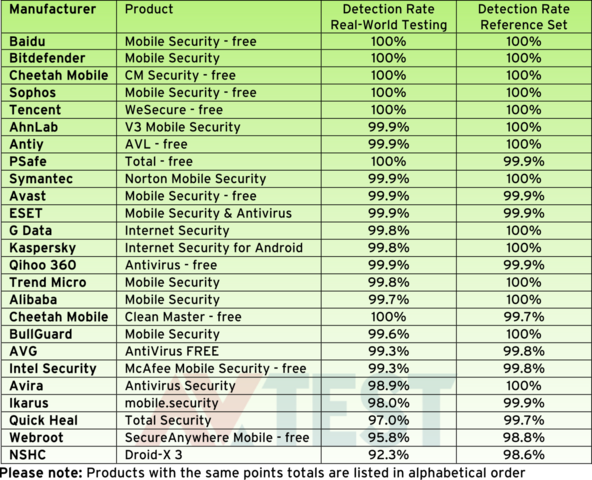 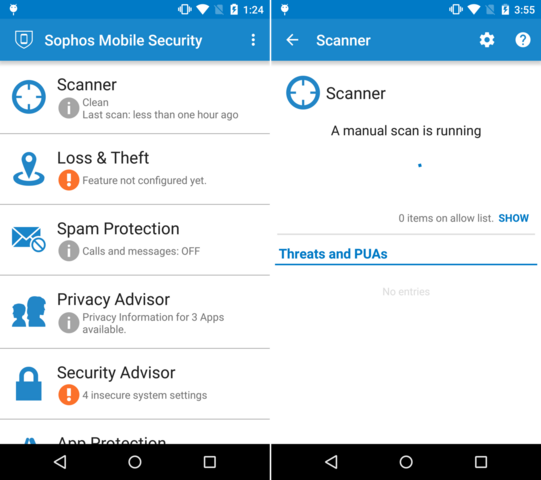 In addition to high security, this freeware app also offers many useful extras. 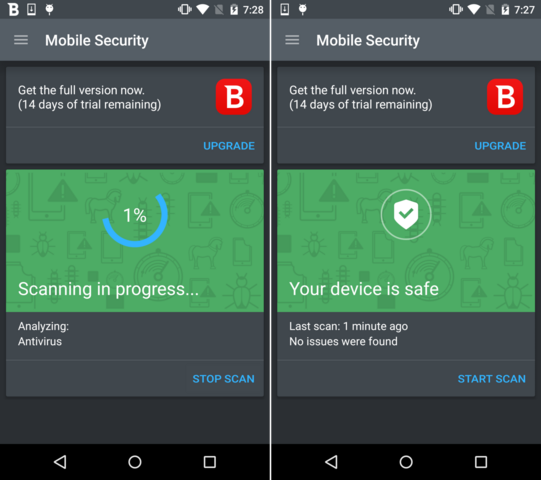 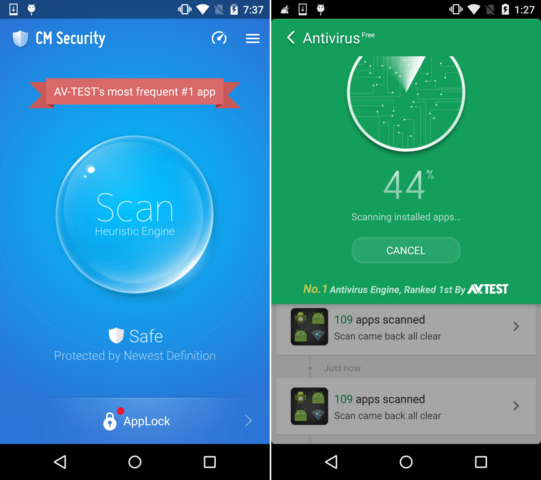 The app from Chinese manufacturer Cheetah Mobile once again demonstrated excellent performance in the test.

16 out of 25 apps provide perfect protection

The top score of 6 points for protection is not all that easy to achieve, as the apps are required to complete two difficult test segments: the real-time test and the test involving the reference set. For the real-time test, the security solutions were installed on 25 smartphones, then 3,500 brand-new infected apps were loaded simultaneously. These were barely older than 24 hours. The reference set used for the second test comprises an additional 3,400 apps no more than 4 weeks old. They also include some really nasty threats in their most current stage of development.

Despite these difficult tests, 16 out of the 25 tested apps achieved the top score of 6 points. Performing error-free, with a 100% detection rate each, were the apps from Baidu, Bitdefender, Cheetah Mobile with CM Security, Sophos and Tencent. The 10 additional apps came in very close behind.

A helper or a nuisance?

A security app is always supposed to work discreetly in the background and intervene in case of emergency. This constant state of readiness and the security scans come at the expense of device performance and naturally of the battery. That is why the usability of apps is tested in the laboratory. These tests determine whether the app requires major CPU resources, thus eating up battery reserves, or whether it generates a high volume of data traffic in the background. In addition, the lab examines whether the system watchdogs falsely detect and block an additional 3,000 clean apps from the Google Play Store and other sources.

The result is outstanding: 24 out of 25 apps garnered the maximum 6 points for their strong performance. Merely the app from Antiy received only 5.5 points, as it falsely classified and blocked a benign app.

Each app had the opportunity to earn another point for an additional security-relevant feature. These features included, for example, anti-theft functions, call blockers, a safe-browsing function, encryption, a backup function or options for parental control. Each app in the test earned that additional point, as it had one or several of these additional functions to offer.

But not every app offers the important anti-theft functions, locating a lost device, remotely locking it or wiping its data. This feature is missing on the applications from Antiy, Cheetah Mobile Clean Master, NSHC, Qihoo 360 and Tencent.

All additional above-mentioned extra features are found only in isolated freeware apps. The paid apps offer quite a lot of premium extras, such as a backup function or an app analyzer.

Protection without lots of extras can be had for free

A total of 20 out of 25 apps tested earned 12.5 or the maximum 13 points. 10 apps in the mix can even be used totally for free; however, usually only the protection function without many extra features. Here is what's good about the protection apps: they can all be easily tried out and, if necessary, swapped for another security app. Be sure to try one out – not using a protection app is a poor alternative.

The lock-screen or crypto-ransomware scourge is also on the rise in the Android sector. Most attacks exploit rooted devices or security vulnerabilities in the various Android versions.

And even though the Android system is considered quite secure, there are in fact two special risk factors: Android vulnerabilities and user carelessness. Older Android versions up to Android 5.1 have known, open security gaps. Because many manufacturers no longer deliver updates for older devices, these gaps remain vulnerable – at least without the use of a security app. While it cannot close the gap, anything that penetrates the system is immediately intercepted. This same mechanism also helps if the user tries to install an infected app: the security app detects the infection and blocks the manipulated app.

Users whose smartphones or parts thereof have been encrypted by ransomware have no other choice but to delete the data or to pay. By paying, you simply finance additional attacks, which could come back someday to hit you again. Therefore, you should never pay. Users of a security app are virtually assured of never having to live through this moment of shock.