Here are the new tests in store for the year 2020

There is lots of new activity at AV-TEST lab in the new year. New tests for corporate users are being added, existing tests are being standardized, and the test frequency is being modified for certain evaluations. Here you'll find the overview of the changes.

all the changes at a glance

The comprehensive test environment already underwent a few minor facelifts behind the scenes in 2019. The system of point scores, for example, was standardized for all tests. The lab is now awarding up to 6 points on all tests for Windows, Mac or Android in the three areas of protection, performance and usability. Overall, the top result is always 18 points. This change affected the Android tests in particular, as they were previously scaled to a maximum of 13 points. From now on, there will be no other point systems.

In 2020, the testing frequency will double for all MacOS products. In real terms, this now means 4 tests per year instead of 2 – i.e. every 3 months. Here as well, evaluations are based on an 18-point scoring system with respect to the solutions for consumers and corporate users.

Starting this year, the lab will be testing Android security apps for home users and corporate users separately. In addition, the tests will be adapted to the respective user groups. As a result, the pool of false positive tests of consumer products will concentrate more on gaming and entertainment apps. The false positive test for business users, on the other hand, will examine more apps from the Google App Store and focus on prominent and widely-used business apps.

The additional features previously highlighted in tests have no longer been evaluated since mid-2019. Extra features offered in the apps will be introduced in a special article without any scoring. The initial article on extra features has already been released: The Best Extra Features in Security Apps for Android – What They Have to Offer! 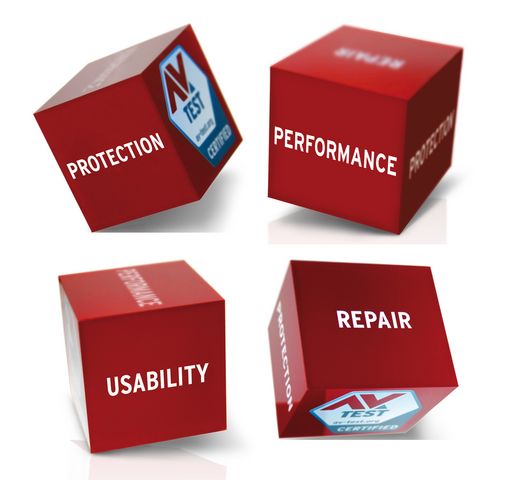 Minor changes in the Windows tests 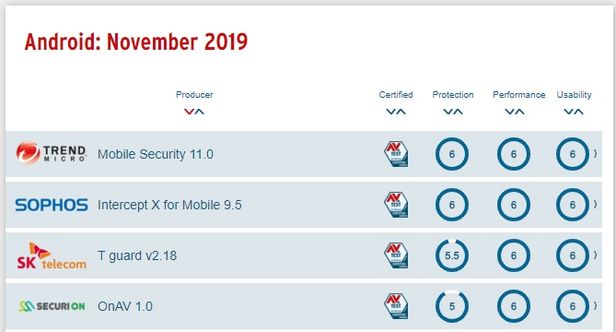 From now on, the point structure is divided into three sets of up to 6 points 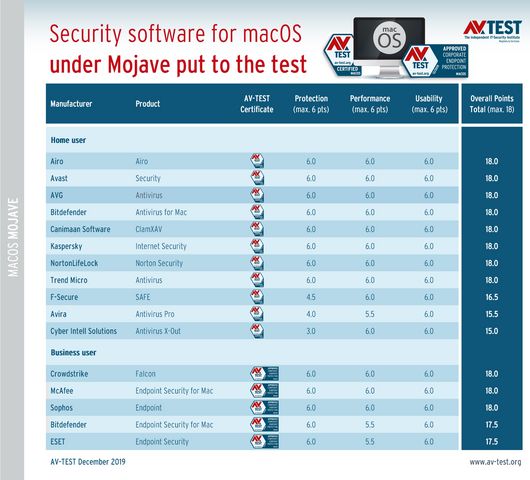 Starting in 2020, the test rate is doubling, and there will be 4 annual tests of macOS security products 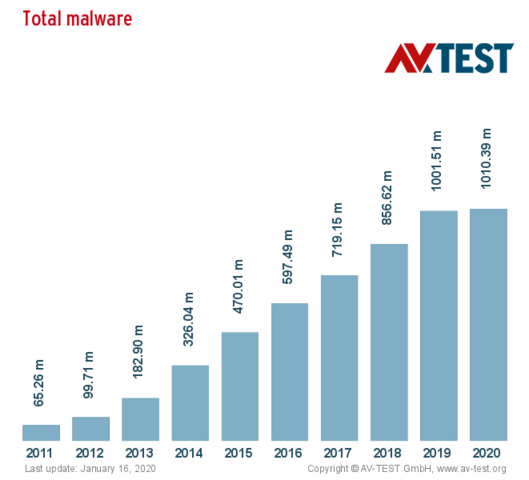 More than a billion malware samples

At the turn of the year, the databases of AV-TEST already registered over 1.004 billion malware samples

Minor changes in the Windows tests

More than a billion malware samples

Now that the Windows tests will be conducted solely under the latest Windows 10 operating system, there is an additional change: In the area of usability, some changes are being made to the test for false alarms – or otherwise referred to as friend-foe detection. The protection solutions for consumers and corporate users are now required to detect different pools with innocuous files.

The corporate solutions will mainly check business software. The packages for consumers will primarily be required to examine gaming and entertainment software. In this, the lab will also be guided by game distribution on platforms such as Steam.

More than a billion samples in the database

At the turn of the year, the AV-TEST databases passed the billion mark in terms of malware and PUA samples. These include all thus far registered and analyzed samples, which are suspicious, have a malicious function (malware) or are potentially unwanted applications (PUAs). The precise and up-to-date number is available on the AV-TEST statistics page. The latest threat scenario for the categories of spam, mail, links and much more can also be seen in detail in the new AV-ATLAS portal.

From 2020, AV-TEST will be offering a new testing procedure under the label of "Red Team Testing". The protection solutions are now required to demonstrate their defensive capability also in simulated attacks, as they are typically carried out by hacker groups against companies and government agencies, for example. In the process, vulnerabilities are ferreted out, the self-protection evaluated, along with additional ways of outsmarting the solution. Further details on the test and the evaluations are to follow over the course of the year.