The latest endurance test proves that there is even better protection for Windows 10 than is provided by Windows Defender. The lab at AV-TEST examined 18 Internet security suites over a period of 6 months. Here are the results. 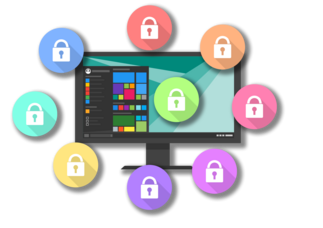 Which protection suite is really the best and above all the most reliable? Now there is a dependable answer to this frequently-asked question. Because the lab at AV-TEST examined 18 Internet security suites, including Windows Defender, for 6 full months. In terms of protection, Windows Defender only comes in 10th – 9 other tools provide better protection.

In addition to protection, the lab also examined all the suites with respect to their impact on performance and their effects on the usability of Windows 10. More specifically, it was evaluated whether the suites falsely identify innocuous application files in particular, thus triggering false alarms.

In all three major test segments, each suite can receive up to 6 points, i.e. a maximum of 18 points in total. Only the two suites from Kaspersky and NortonLifeLock reached this top score in the endurance test from July to December 2019, however. This was followed by 7 products attaining good scores of 17.5 points: Avast, AVG, Avira, Bitdefender, McAfee, VIPRE Security and even Microsoft. Still within a decent range with 17.3 and 17.1 points are the packages from K7 Computing, Trend Micro and BullGuard. Check Point, AhnLab, Microworld and G Data scored between 16.7 and 16.1 points. PC Matic and Protected.net came in dead last at 14.8 and 13.8 points. 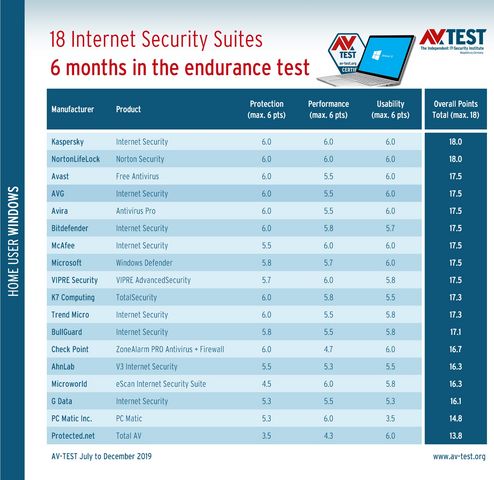 Security packages in the endurance test for 6 months 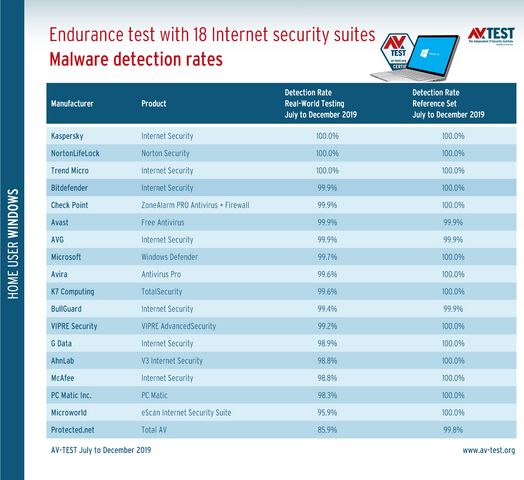 Kaspersky, NortonLifeLock and Trend Micro were able to identify Trojans and other malware threats error-free in both test segments

Security packages in the endurance test for 6 months

When considering the test only in terms of protection, the result looks somewhat different. In this respect, the lab examined all suites over a 6-month period in the real-world test, first with over 1,000 samples in the category of zero-day malware. In the second test segment, also over a period of 6 months, all products were required to detect the reference set with just under 60,000 attackers.

The products from Kaspersky, NortonLifeLock and Trend Micro completed both test segments with 100-percent detection, achieving this throughout the 6-month test period. While the solutions from Bitdefender and Check Point seamlessly detect the reference set, they do commit minor errors in the real-world test, however: 99.9 percent.

The following security packages in the list all make a very strong showing in the test with the reference set, mostly achieving 100 percent. The poorest detection rate here is seen in Protected.net with 99.8 percent. By contrast, the real-world test separates the chaff from the wheat. Whereas the poorest detection rate is 99.9 percent for the first 7 products, Windows Defender is the first here to drop down to 99.7 percent. From there on in, the detection rate in the real-world test becomes continuously worse. The product coming in last, Protected.net, can detect a mere 85.9 percent of the malware files.

Users are rightly annoyed if security software, at the height of providing good system protection, requires so many system resources that it nearly paralyzes the system. Luckily, these drastic scenarios have been a thing of the past for quite some time now. However, impact on the system is considerably higher for some products than for others. The lab uses a high-end PC for this test and a standard PC, on which many defined operations are carried out: launching websites, installing and starting up programs, performing downloads and copying data. The times required for this are then used as reference values for the test. The lab then repeats all the operations – with installed protection software, however. Later, the experts compare the times required with the reference time and thus award the points for each solution. In the endurance test, the security solutions were put through the works, and after 6 months, the average performance per package was established.

In all routines tested, the packages from Kaspersky, McAfee, Microworld, NortonLifeLock, PC Matic and VIPRE Security create hardly any load on the system. For this, they received the full 6 points. Somewhat more measurable are the load values of Bitdefender, K7 Computing and Microsoft. For this they still received good scores of 5.8 and 5.7 points respectively.

A large share of the Internet security suites exhibited an increased, yet not especially high, system load on Windows: Avast, AVG, Avira, BullGuard, G Data and Trend Micro. As a result, these packages earned 5.5 out of 6 points. AhnLab still received 5.3 points.  The packages from Check Point and Protected.net have been shown to use too many system resources and thus received only 4.7 and 4.3 points respectively. 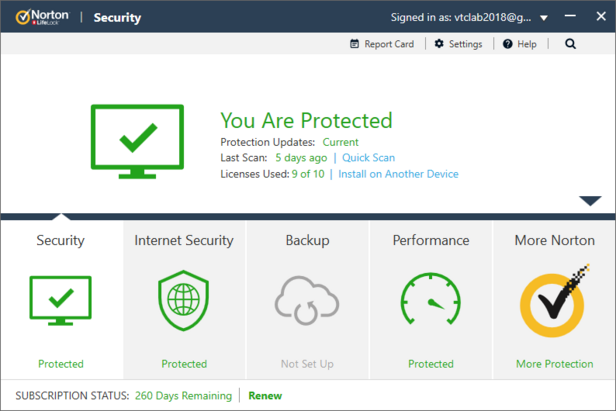 Error-free identification, in addition to a flawless outcome in the remainder of the test – earning 18 points in the endurance test 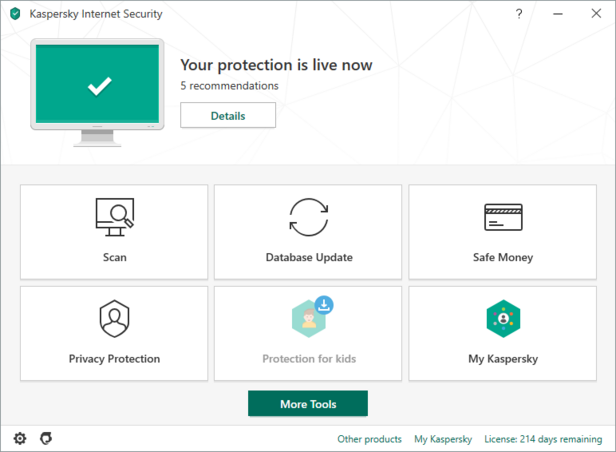 The security package proved its consistency in terms of security in the endurance test over 6 months, thus achieving the full 18 points 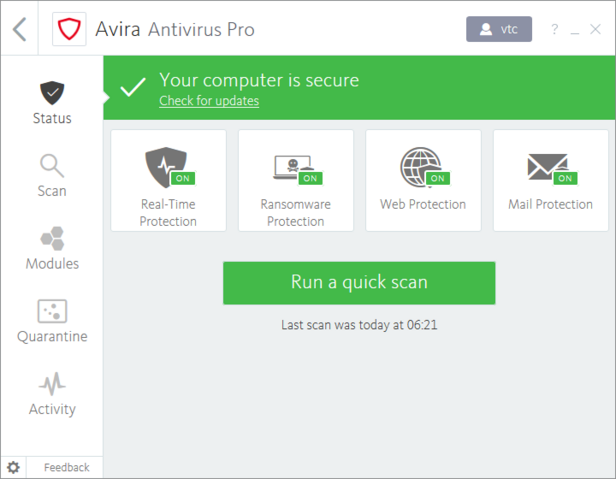 The suite continuously exhibited peak achievement in terms of protection, with a slightly increased load on performance 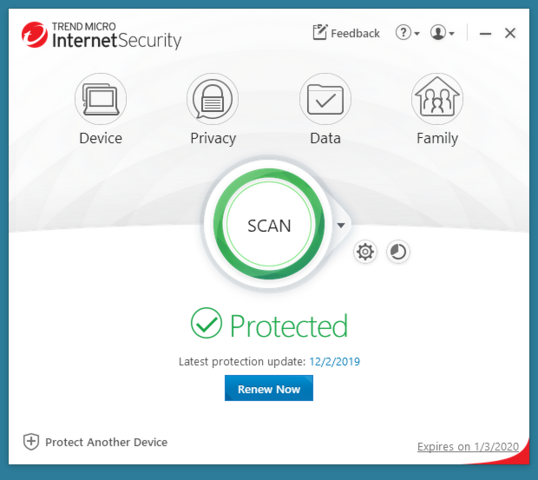 Over the entire test, the suite perfectly detected every attacker – yet put a higher load than other packages on Windows

So what happens if security software classifies a harmless program file as a malware file? Normally the application crashes, cannot be re-launched or has to be re-installed. In the worst case, the innocuous file is part of Windows, is blocked and the system crashes. While that doesn't happen too often, it has indeed happened in the past.

The lab at AV-TEST has been collecting harmless application files continuously for years. All security tools are required to examine and identify as harmless this storehouse of millions of files. Only then can users be assured that the security suites will not trigger false positives. But the lab drills down much deeper in its analysis: it also visits thousands of websites and has the tools monitor the installation of nearly 200 clean applications.

Here, the best ratings were achieved by the packages from Avast, AVG, Avira, Check Point, Kaspersky, McAfee, Microsoft, NortonLifeLock and Protected.net. They either commit no errors at all or only one error, thus deserving the full 6 points.

Only PC Matic doesn't know its way around the world of harmless files, falsely quarantining too many files. As a result, it earned only 3.5 out of 6 possible points.

Although 7 packages followed with 17.5 points, only Avast, AVG, Avira and Bitdefender were also able to achieve the full 6 points in terms of protection. Even Windows Defender is in the mix with 17.5 points. But in terms of security, it can only boast 5.8 out of 6 points. K7 Computing, Trend Micro and Check Point offer more security with 6 points, but significantly less convenience in terms of performance and usability.