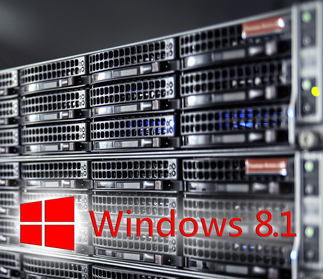 Strong protection for the company network

Merely for comparison, the Endpoint Protection 2012 module from Microsoft's System Center 2012 as basic protection was included in the test as the 9th solution. Microsoft only makes this solution available as part of the management suite, it cannot be acquired separately.

Protection for the company network

Wholly 6 out of the 9 tested solutions detected between 99 and 100 percent of the attackers (AV-TEST, last amended in November 2014). 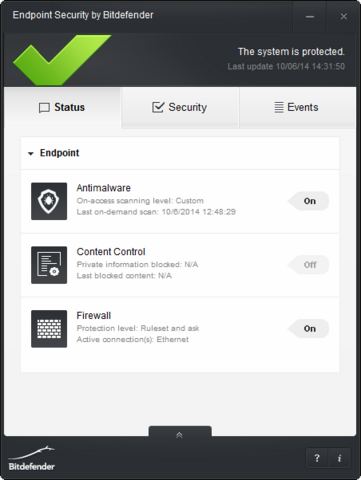 This corporate solution exhibited a high protection function with a minimal system load during the test (AV-TEST, last amended in November 2014). 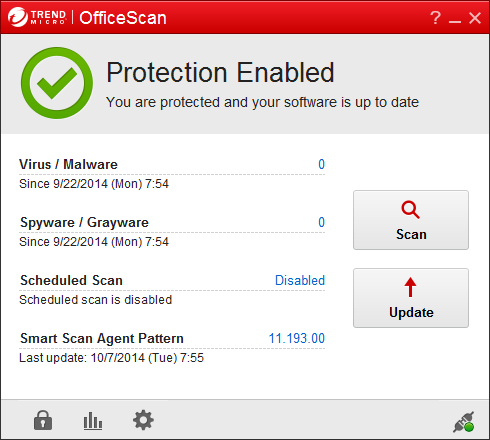 Protection for the company network

9 solutions in a laboratory test

All the solutions each tackled the same tests once in September and October: They had to demonstrate how well they detect malware, how heavy a system load they place on client PCs in the company network and whether they generate many false positives. In each test area, up to 6 points were awarded, thus for a maximum 18 points.

No product was able to achieve a perfect score. But at 17 points each, the solutions from Bitdefender and Trend Micro came awfully close to maximum. Symantec reached 16.5 points, followed by the rest of the products with 15 to 16 points. The basic protection from Microsoft, included in the test, only managed to score 10.5 points.

Each product was required to complete the malware detection test in two parts. First they were supposed to detect over 160 brand-new malware specimens in the real-world test. These latest malware samples were collected from websites and e-mail attachments in the four-week period prior to test launch. In the second phase, the security packages had to detect and defend against the AV-TEST reference set with some 18,000 assorted viruses and threats.

The products from Bitdefender, F-Secure and Symantec each completed both test phases with 100 percent detection; a stellar result. The solutions from G Data, Kaspersky Lab and Trend Micro did detect all the malware 100 percent in the AV-TEST reference set, but only 99 percent in the real-world test. Also experiencing minimal problems in the real-world test were the packages from McAfee and Sophos.

The Microsoft solution, as a comparison, was able to detect only 71 percent of the malware samples in the real-world test. That means that 3 out of 10 threats slipped through. The detection rate for the reference set was somewhat better at 80 percent, but not good.

The testers evaluated how heavily the installed security solution slowed down a client in its daily routines. For the comparison, a reference PC was clocked for various tasks such as loading websites, downloading software, installing applications and copying data. The same tasks were repeated with the system watchdogs installed, and the times were compared.

Good detection rates also meant a heavier system load for some test candidates. Out of the top-performing group, the product from Bitdefender exhibited the lowest system load despite maximum detection. F-Secure and Symantec demand somewhat more resources for their good scanning results. The point scores awarded were in the higher group at 4.5 to 5.5 out of a possible 6 points.

The packages from Kaspersky and from McAfee placed the highest burden on the system. Some points were subtracted for this – the solutions thus achieved only 3.5 and 4 points respectively out of 6.

If the security suites on the clients trigger lots of false positives, this can run the company administrator ragged. What's more, it is unsettling for employees when the system is crying wolf.

In the test section on usability, AV-TEST evaluated this precise proneness towards false positives. In doing so, each solution was required to visit 500 clean websites, scan nearly 350,000 programs free of malicious code and monitor nearly 40 installations of normal applications. A perfect result would be if the security package simply did not report anything during all these test activities.

Only Symantec achieved the optimum in this area. To be fair, it should be said: Kaspersky Lab, McAfee, Microsoft, Sophos and Trend Micro only had one false detection each among 350,000 clean programs. That's why this group also obtained the maximum 6 points in this category.

The other products exhibited somewhat less favorable results. They falsely detected 4 to 16 programs and sounded alarms or blocked 3 to 6 installations out of 40. These results were still good, however, thus the testers still awarded 4.5 to 5.5 points to the products from Bitdefender, F-Secure and G Data.

A bundle of protection for the company network

With 17 out of 18 possible points, the security solutions from Bitdefender and Trend Micro came out at the top of the evaluation table. Coming in merely one point or half a point behind were the products from Symantec, G Data and Kaspersky Lab.

If one only compares the key criterion of protection, as many as 6 of the 9 candidates excelled in this category and achieved an impressive maximum score of 6.

The System Center Endpoint Protection from Microsoft, also tested for comparison, is not an advisable alternative. Its performance in detecting malware was too low at 71 and 80 percent respectively. The top finishers achieved between 99 and 100 percent in this category.