Trojans are able quickly to worm their way onto poorly protected computers and the newest Trojan attackers truly are as hard as nails. In this article, we will tell you about how Trojans get into a system, what they want and how you can get rid of them.

1. The police Trojan uses an infected e-mail to worm its way onto computers and latch onto systems.
2. It then locks the PC and demands that users make an immediate payment in order to regain access to their computer.
3.Nevertheless, even if victims pay this money, their data are not returned to them and are normally lost unless the users manually delete the Trojan themselves.

All pieces of malware classified as Trojans always have the same main objective: to infiltrate a system by sneaking in in disguise. In most cases, they use an infected e-mail attachment to do so. Once they have wormed they way into the system, the Trojans steal data, control the PC, divert online banking transactions or blackmail users by taking their personal data hostage and demanding money for its allegedly safe return.

You can protect your system against such risks by using high-quality and up-to-date security software and thus ensuring that the Trojans stay away in the first place!

Our tip: If you want to use a security suite that is particularly good at fending off brand-new Trojans, take a look at the percentages achieved by different suites in the results published in the “Protection" category of our AV-TEST tests on “protection against online zero-day malware attacks, including malicious websites and e-mails (Real-World Testing)". Suites that achieved 100 percent in this category are particularly good at fending off the latest malware such as the police Trojan and similar attackers. 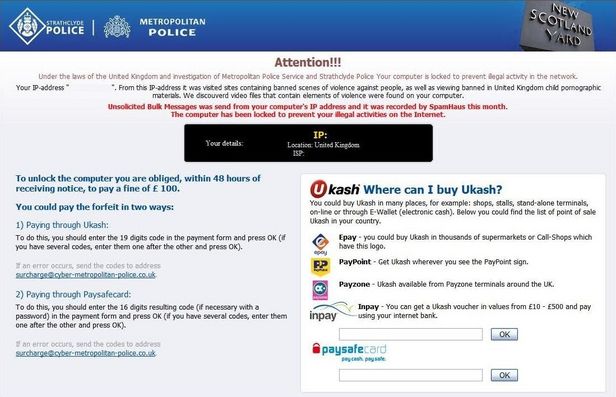 The lock screen design aims to convince users that they are viewing an official demand. Nevertheless, this is not the case and the demand actually comes from cyber gangsters who are after users' money. 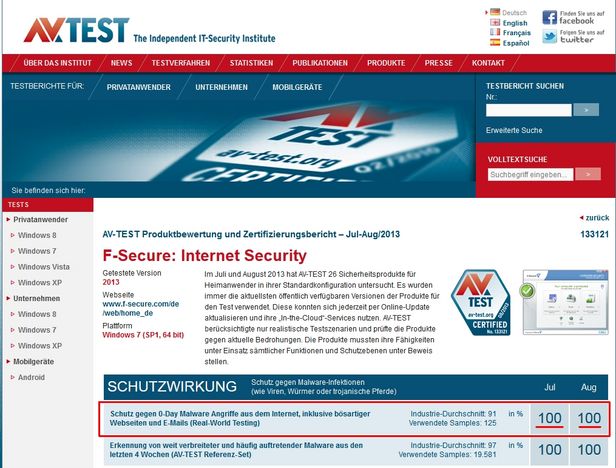 New versions of malware such as the police Trojan are constantly appearing. Protection packages that have undergone and achieved top marks in “real-world testing”, for example F-Secure,

Situations in which files are ‘taken hostage’ are currently particularly dominating the computer scene, with malicious software in the form of police or Ukash Trojans taking control of PCs, blocking access to them and offering users the chance to pay to regain access to their systems. When doing so, the programs do not, of course, reveal that they are intruders. They instead use an extremely official-looking lock screen to masquerade as the police, with the malware claiming that it is working in cooperation with the police or known security software providers such as Symantec or Kaspersky and has caught the user carrying out an illegal action. The Trojans make their message seem even more official by including a multitude of original logos from the police and security software providers on their lock screen.

At this point in the article, it is important to confirm and to remind you that all of these lock screens are run by cyber gangsters and have nothing to do with public authorities!

You should therefore never pay a ransom for your data!

The Trojans claim that if users show understanding and immediately pay a fine of at least 100 Euros, they will not only absolve them from their alleged offence but also give back their data. The lock screen even also offers an online payment service to ensure that users can pay their fine without any problems at all. Nevertheless, you should never pay the money demanded because even if you paid ten times the amount, the Trojan simply won't release its grip on your PC and/or your system. In fact, the only way to get rid of these Trojans is to do it yourself manually using a cleaning CD, DVD or stick.

How to Delete Ransomware Trojans

The second part of our article explains how you can quickly get rid of police Trojans and other ransomware.

TO PART 2: How to Delete Ransomware Trojans