The End Is Nigh for Windows XP: These Anti-Virus Software Products Will Continue to Protect XP after the End of Support

On 8th April 2014, the time will finally have come for Microsoft to stop its support services for Windows XP and cease to provide security updates and other forms of assistance for the operating system. Nevertheless, a large number of providers of security software will continue to support Windows XP after this date. The following article tells you which products will continue to provide support, how long they plan to do so and what you need to look out for when it comes to protecting your XP system! 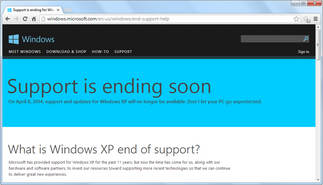 has now published an official announcement containing information about the end of Windows XP support on 8th April 2014 on its website at windows.microsoft.com/en-us/windows/end-support-help

On 8th April 2014, Microsoft will be sending its Windows XP operating system, which is now 12 years old, into retirement. From this point onwards, there will be no security updates available for XP, meaning that the system will become increasingly susceptible to online attacks over time. If you want to continue to use your XP system after the end of support and the option of switching to Windows 7, 8, 8.1 or Linux is out of the question for you, there are still a number of ways and means for you to protect your system. 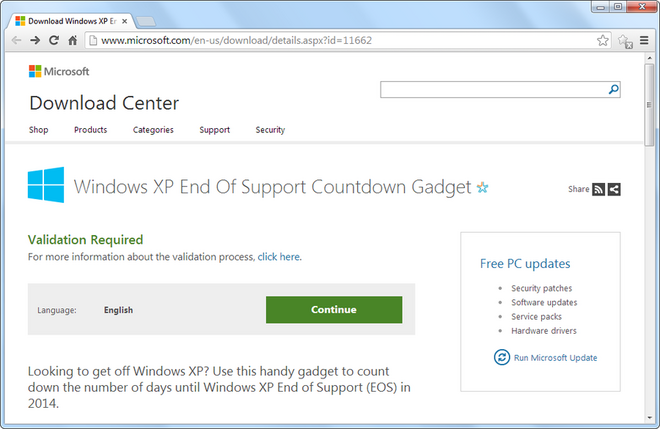 The best news where this issue is concerned comes from the manufacturers of security software: with security suites continuing to provide updates for their software on XP systems after 8th April for at least one year or even longer depending on the manufacturer in question. Some companies have even promised to keep providing updates for two years and others have yet to plan any deadline whatsoever for the end of support. At the end of this article, you will find a list of all of the statements made by manufacturers of security software with regard to this matter that we have compiled for your information.

There are, however, several other important tips that you should bear in mind in order to ensure that your Windows XP system remains secure in the future.

The fact that most sources of infection are lying in wait to attack during a system's day-to-day Internet usage means that users of old XP systems should spend as little time online as possible. We also recommend the use of an alternative browser such as Google Chrome or Firefox, which will continue to be kept up to date with the best possible security, if the announcements made by their developers are anything to go by. The Internet Explorer browser for XP, on the other hand, will meet the same fate as the XP system and no longer receive any updates, thus causing it to become more and more vulnerable.

You should also switch from Outlook Express to another mail program because Outlook Express is part of the XP operating system and will therefore also receive no updates whatsoever after the end of support. As is the case with browsers, there are also a large number of alternatives available where mail programs are concerned. The best-known of these is probably Thunderbird, which will also continue to receive security updates on Windows XP for a while to come.

The Duration of Continued Support for Internet Security Suites

As well as switching to alternative programs, it is also important that you use an up-to-date Internet security suite in order to protect your system against malware attacks. Although anti-virus programs are unable to replace the soon-to-be abolished security updates for Windows XP, they can at least make it harder for malware to take advantage of your system vulnerabilities. After all, without patches, Windows XP is sure to develop more holes than a good Swiss cheese.

AV-TEST contacted all manufacturers of Internet security suites and asked them how long they plan to keep supporting Windows XP and providing their software with program and signature updates. In order to do so, the manufacturers definitely require users to ensure that they have installed all of the patches provided by Microsoft up until the end of support and are using an up-to-date program version of their security software.

During our research, we came across the interesting fact that a particularly large number of customers at Chinese and Indian companies still rely on Windows XP, with some manufacturers stating that as many as over 60 percent of their customers are still using Windows XP. Although everyone expect this figure to constantly decrease over the next few months, the providers of security software will continue to keep their solutions up to date for as long as such large numbers of users continue to rely on Windows XP.

In April 2015, both Avira (Antivir) and ThreatTrack (Vipre) will cease to provide support for their products on XP systems. Nevertheless, it is still possible that these plans may change and the provision of support be extended due to the widespread distribution of Windows XP. Microsoft has also now gone against its original plans and decided to delay the cancellation of its Security Essentials support for Windows XP until 14th July 2015.

Bitdefender, ESET, G Data and Norman have all announced that they will continue to provide their security software with updates until the year 2016. These manufacturers have also refused to completely exclude the possibility of an extension of this support as long as it is still both technically possible and in demand among users.

Most manufacturers of anti-virus products have not yet specified a fixed date on which they will stop providing product support and regular updates, with all manufacturers planning to keep providing support for at least two more years. The companies have informed us that they will announce specific dates during the course of the year at the earliest and we will update the information provided in this article on a regular basis as soon as we receive any new details. Trend Micro, for example, has already confirmed that it will keep its products up to date until at least 2017, while Webroot even plans to delay the cancellation of updates for its products on Windows XP systems until at least April 2019.

XP Versions Can Still Be Found in Our Test Laboratory!

Most manufacturers of Internet security suites regularly submit their products to undergo our tests. The latest results achieved by their products on Windows XP systems can be found at: https://www.av-test.org/en/tests/home-user/windows-xp/

The following list provides a summary of the statements made by the manufacturers of Internet security suites with regard to their continued provision of support for Windows XP products:

(1) These manufacturers have not yet announced the cancellation of their support for these products on Windows XP systems but have instead stated that they will continue to provide support for this platform for at least two more years.

(2) It is possible that these manufacturers will further extend the duration of their support if the market demand remains high enough.