Microsoft will be completely stopping all of its support services for Windows XP, including important security updates, on 8th April 2014. As a result, it will no longer be possible for users to patch up system vulnerabilities, which can make their Windows XP system a security risk if they have not installed an extremely good security solution. 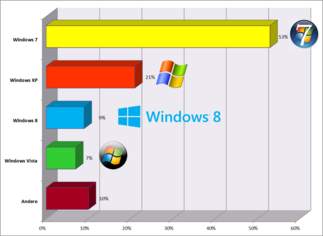 The percentages of Windows versions used on a global scale

Approximately 21 percent of all PC users currently use Windows XP and will therefore no longer receive security updates from April 2014 onwards (source: Statista.com).

Microsoft is getting rid of its Windows XP Support cost pool and in doing so, kicking a large number of its loyal customers right in the teeth. On a web page containing help and advice concerning the removal of its XP support services, Microsoft just recommends that its users make the most of this change as an opportunity to switch to Windows 8 (http://windows.microsoft.com/en-gb/windows/end-support-help). According to the website Statista.com, over 20 percent of PCs currently being used on a global scale still run on Microsoft XP, while only around 9 percent use Windows 8. It therefore seems that Microsoft's helpful ‘tip’ is actually more of a marketing ploy. 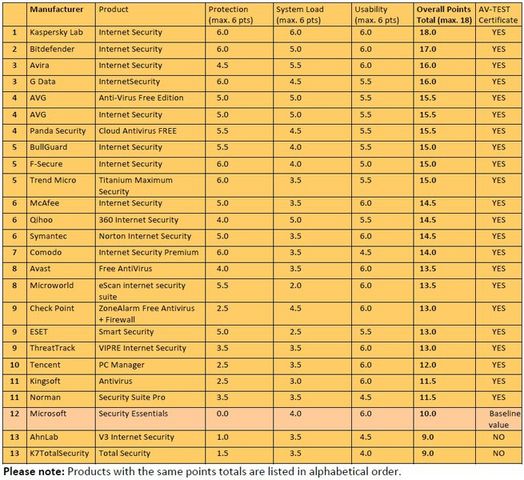 The products’ detection rates in the real-world test are particularly important because they reflect their ability to detect brand-new attackers (as shown in the test results from Sept/Oct 2013 using Windows XP). 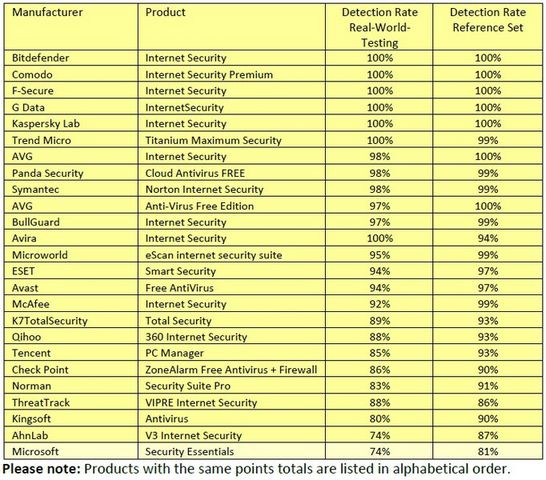 The protection provided by security suites on Windows systems

The suite from Kaspersky Lab was the only product able to achieve the top result of a maximum of 18 points (as shown in the test results from Sept/Oct 2013 using Windows XP).

The protection provided by security suites on Windows systems

The Protective Barrier Is Starting to Crumble

XP has now been on the market for 12 years and has experienced countless updates during its lifespan. In fact, Microsoft published nearly 80 security updates for all versions of Windows XP between January and the beginning of October 2013 alone! Once these updates are stopped, the system is sure to develop more holes than a good Swiss cheese over time, as programmers start to produce special exploits for Windows XP vulnerabilities.

Users who continue to solely rely on the protective mechanisms provided by Microsoft from 8th April 2014 onwards are making a bad decision. Although Windows XP does indeed provide its users with both Windows Defender and the free Security Essentials package, this pairing does not provide reliable protection, a fact that was also proven by the last test carried out in the AV-TEST laboratory and published in November 2013: https://www.av-test.org/en/tests/home-user/windows-xp/sepoct-2013/. The Microsoft solution was only included in the test for comparative purposes, but the fact that it achieved 0 of a maximum possible total of 6 points in the “Protection” category certainly speaks for itself.

Free Protection Is Coming to an End

Users who rely on other free protection packages are also running out of time where free updates are concerned. Major providers such as Avira have already announced that after April 2014, they only plan to continue to provide updates for a maximum of 12 months and will then also call time on their protection for XP systems.

From April 2014 onwards, the Security Essentials package used on Windows XP will no longer receive any updates.

AV-TEST published the results of its most recent test carried out on 24 Internet security suites using Windows XP in November 2013. The Security Essentials from Microsoft were included in the test in order to obtain results for comparison. None of the free software versions tested made it into the top 3 and even the well-known free solution from Avast only made it to eighth place in the overall ranking. The best free package tested was the security solution from AVG, which achieved 15.5 of a maximum possible total of 18 points.

The solutions from Kaspersky Lab, Bitdefender and Avira (purchasable version) made up the top 3, with the protection package from Kaspersky achieving the maximum of 6 points in all three categories and thus being awarded the highest points total of 18 points, closely followed by Bitdefender with 17 points.

The products' overall test result is the total of their points achieved in three categories, namely Protection, System Load and Usability. Users who only want to ensure higher protection for their Windows XP system can disregard the System Load and Usability categories. In the Protection category, the following security solutions achieved the maximum total of 6 points and therefore come as highly recommended: Bitdefender, Comodo, F-Secure, G Data, Kaspersky Lab and Trend Micro.

The best free security package in the Protection category was Panda Security, which came in at 8th place.

A Large Number of XP Computers Are Located in Offices

A large number of the XP computers that are currently still in use form part of the reliable equipment used in offices. A quick switch to another Windows system such as Windows 7 or 8 often fails in such locations due to the costs involved in obtaining new software licences or training staff. Offices that are therefore forced to keep using Windows XP should also ensure that they put their trust in the best possible protection available.

In AV-TEST’s most recent test on client security software for Windows XP, the results of which were also published in November 2013, the solution from Kaspersky Lab achieved the best results with an impressive overall score of 17.5 of a maximum possible total of 18 points. It was closely followed by the products from Symantec and Trend Micro, which both scored a total of 16.5 points (https://www.av-test.org/en/tests/corporate-user/windows-xp/sepoct-2013).

The best products in terms of the results achieved in the Protection category alone were the solutions from Kaspersky Lab and F-Secure.

Windows XP Will Become a Risk

Alongside Microsoft itself, a number of other software providers also plan to drop all updates for their XP products. Sooner or later, the high vulnerability of the previously reliable XP platform will make it a risk for both private users and company networks.

On a long-term basis, even the best security suites will not be able to repair these weaknesses, which until now have been patched up by the approximately 100 updates released by Microsoft every year. For security reasons, you should therefore plan to switch to another system. When doing so, you should, however, also bear in mind that Microsoft has already specified the years in which it plans to stop providing support for other Windows versions, namely 2017 for Windows Vista and 2020 for Windows 7.