Life after Windows 7: These Antivirus Software Packages Offer Protection after the End of Support

On January 14, 2020, support of Windows 7 ended for all private users. While companies are still able to purchase additional support, it is time-limited and expensive. So which suppliers of security solutions still continue to support Windows 7? AV-TEST looked into the matter. 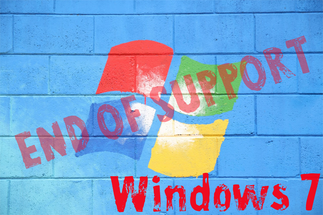 As is so often the case: a deadline that a few years was far away is now suddenly putting many consumer and corporate users of Windows 7 in a predicament. Since January 14, Windows 7 support, which included delivery of system patches for identified vulnerabilities, has ended. But it's no use complaining; now the key is to protect Windows systems still running as effectively as possible.

Consumer users can still switch to Windows 10 free of charge

In fact, consumer users are indeed urged to make the switch to Windows 10. In this case, Microsoft is being very generous and continuing to offer a free update to Windows 10. Any home user with a valid serial number for Windows 7 can enter it to activate Windows 10. The update works almost totally automatically per Media Creation Tool, for those who want to install the update from a stick, for example. Or users can simply launch the Windows 10 Upgrade Assistant directly under Windows 7. Beforehand, users need to definitely make a data backup.

Those who want to or have no choice but to stick with Windows 7 ought to use a good Internet security suite. The product list at AV-TEST shows most recent tests under Windows 10. The table at the end of the article indicates how long the manufacturers still provide support for Windows 7 with their products.

Browsers, especially those used for surfing the web, ought to always be up-to-date, as they may also contain vulnerabilities and offer proprietary defense mechanisms. Google has made it totally official in assuring its Chrome users that it will provide further security updates at least until July 2021. As the latest version of Microsoft Edge for Windows 7 relies on the same HTML engine as Chrome, it ought to have security updates. There has been no official word on this yet from Firefox. Only in the support forums, the leading moderators point out that Mozilla continued to supply updates for Firefox under Windows XP for several years after support was phased out. 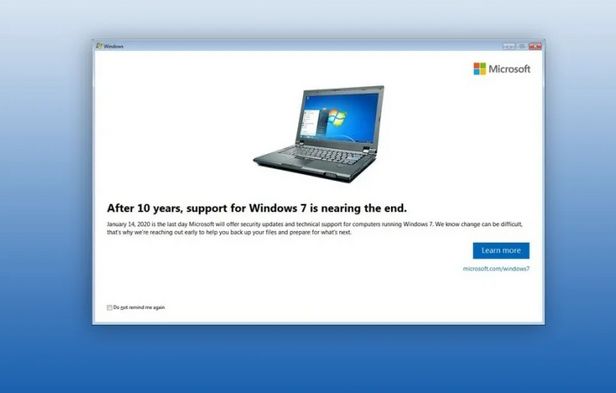 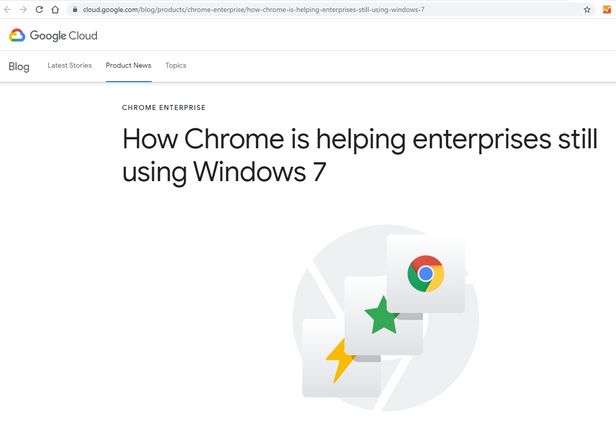 In a blog entry, Google provides a specific explanation on the additional support for Windows 7 at least until July 2021 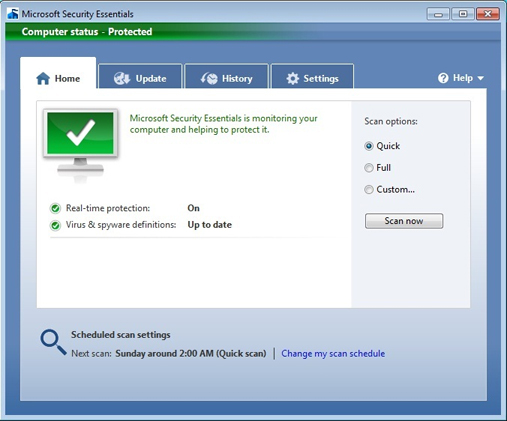 While Microsoft does continue to deliver signature updates, there are no longer any more program updates under Windows 7 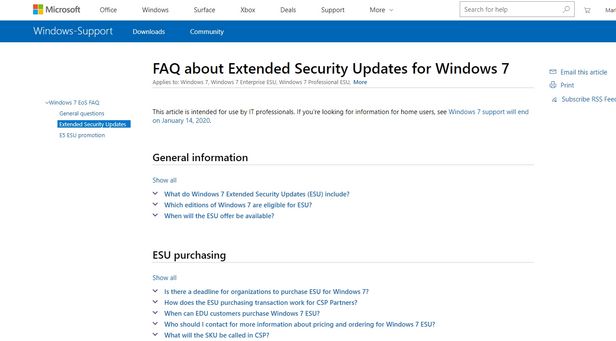 For a fee, companies can purchase extended security updates from Microsoft

Most corporate PCs have been migrated to Windows 10 over the past few years. But in some companies, people still haven't gotten around to switching over yet. That's not too atrocious however, as Microsoft offers a special support program for Windows 7 PCs in a corporate computing environment. There were recent reports that the administration of Berlin, Germany’s capital, thus far has only migrated 80% of its PCs to Windows 10. For the remaining Win 7 PCs, Berlin is now buying support and updates, apparently investing a high six-figure euro amount.

Through the combination of a good client-server solution, as seen in the lab tests, and the fee-based update service, companies can buy more time for the migration. Over the longer term, however, they should opt more in favor of Windows 10, as its new operating system architecture provides for more security.

AV-TEST has inquired with several manufacturers as to how long they will continue to support their products under Windows 7 and provide program and signature updates for their software. The information is partly featured on the manufacturers' websites, partly communicated directly to AV-TEST.

Below, you can find the listing of manufacturer specifications concerning support of Windows 7 products. As soon as manufacturers send us more information, we will include them in the list.