Why do the stairs in every tower always wind in a clockwise direction? How heavy is the bell in the north tower of Magdeburg Cathedral? How long does it actually take to climb the 96-metre-high cathedral tower? We were able to find out the answers to these questions from the Site Manager of the restoration work on Magdeburg Cathedral, Mr Sussmann, before, during and after our recent ascent of the cathedral's north tower. 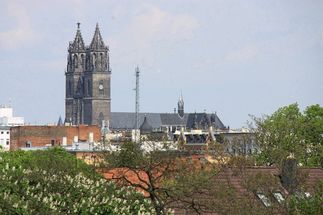 Looking forward to the climb: the view of Magdeburg Cathedral from our AV-TEST office

AV-TEST GmbH was one of the first companies to be granted the privilege of climbing the north tower of Magdeburg Cathedral. In 2010, the association Friends of Magdeburg Cathedral (Förderverein Dom zu Magdeburg e. V.) appealed for sponsors to come forward and contribute towards restoration work on the building. The donations collected enabled work to begin on restoring all of the north tower's 430 steps. Before the official re-opening of the tower, all of the sponsors were given the opportunity to visit the cathedral and climb up 'their' stairs and the 30 employees at AV-TEST GmbH didn't hesitate to make the most of this chance.

During the climb, our team was able to take a quick breather in the bell tower, where we found out that the bell in the north tower weighs an unbelievable total of 8800kg. Everyone who managed to climb the tower's 430 steep and, in some places, extremely narrow stone steps, which took about 15 minutes, was rewarded with a fantastic view over Magdeburg, the capital city of the German land of Saxony-Anhalt. The weather gods were good to us during our adventure, providing us with nothing but sunshine and an outstanding view. Magdeburg is known as the green city by the river Elbe and is a truly beautiful location. When they first constructed their masterpiece, the builders of the cathedral wanted to get close to heaven and during our climb, we certainly felt like it wasn't far away.

We would like to take this opportunity to thank Mr Sussmann for the informative tour and interesting climb, during which we also found out that even a site manager doesn't ascend the tower more than three times a day. Before we forget, why do all stairs wind in a clockwise direction? Back in the Middle Ages, using spiral staircases that wound in a clockwise direction was an essential focus for the lords of castles. This was because attackers who were armed when climbing the stairs normally held their swords in their right hands. Making them move in a clockwise direction, however, helped to considerably limit the radius in which they could swing their weapons, thus providing the lords with a simple solution.

Plans are currently in place to open the north tower of Magdeburg Cathedral to visitors this summer.

We very much enjoyed the privilege of completing a 'pre-season climb'. Ascending the tower may not be easy but it's certainly well worth the effort! 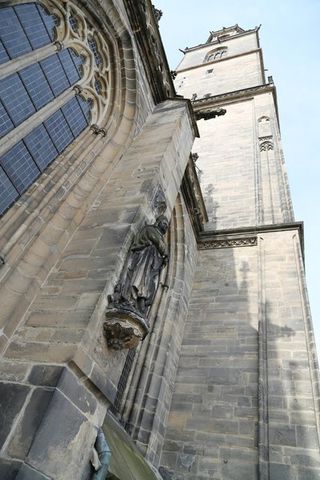 Our destination: the North Tower awaits our visit 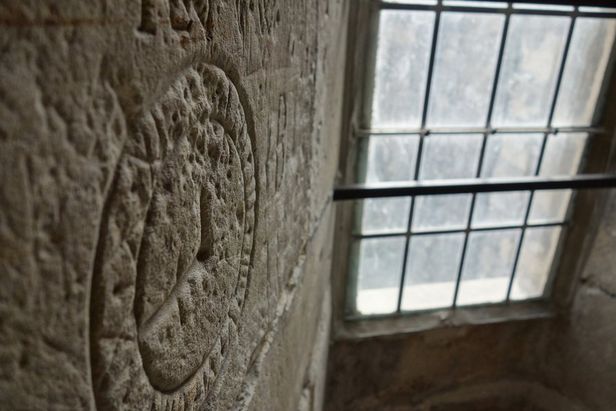 300 years of construction – up close and personal with living history 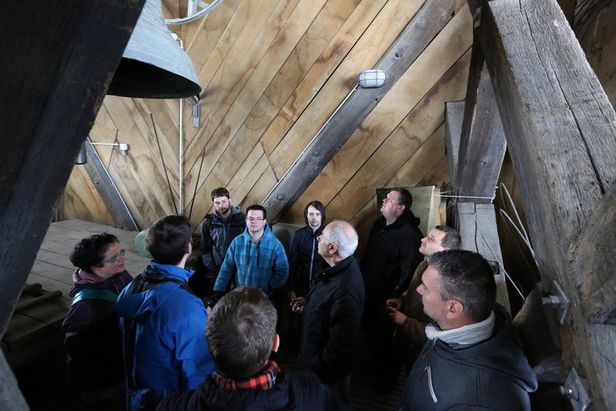 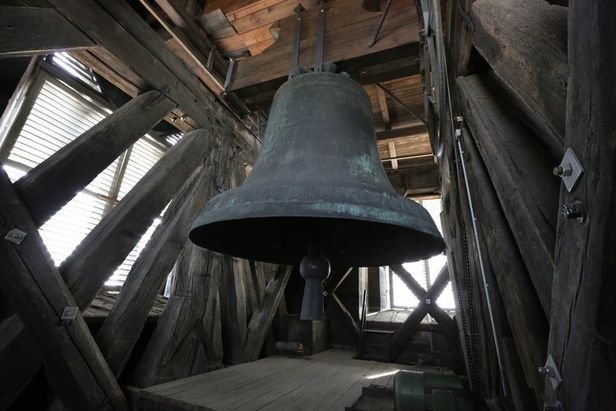 The bell in the North Tower weighs 8800kg 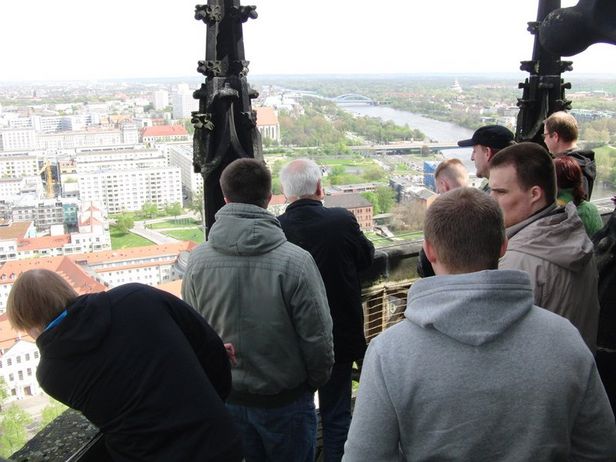 We did it! What an awesome view over Magdeburg! 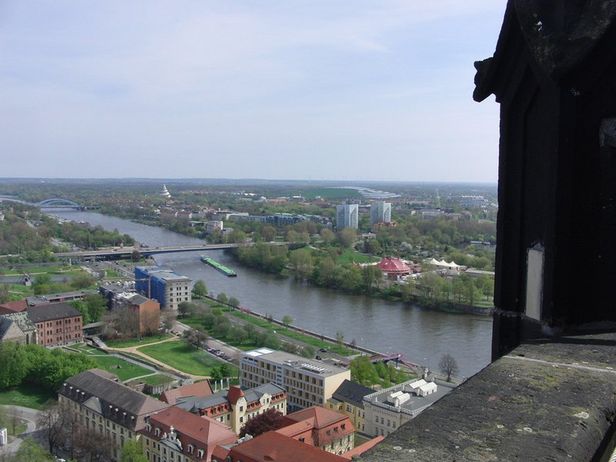 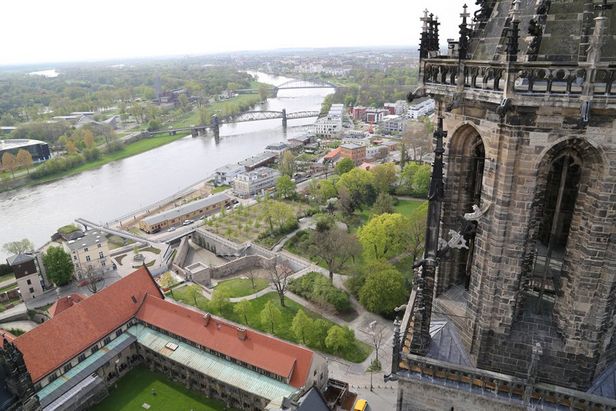 The view over part of the cloister, the river Elbe and the South Tower in the green city of Magdeburg 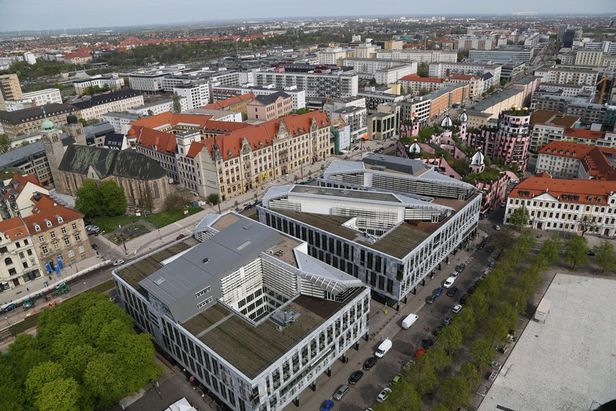 The view of St. Sebastian Church on the left and the Green Citadel of Magdeburg (“Hundertwasserhaus”) on the right 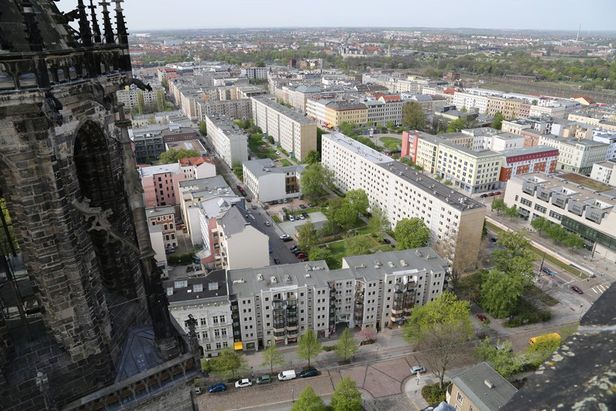 The view of the city looking towards ”Hasselbachplatz” square 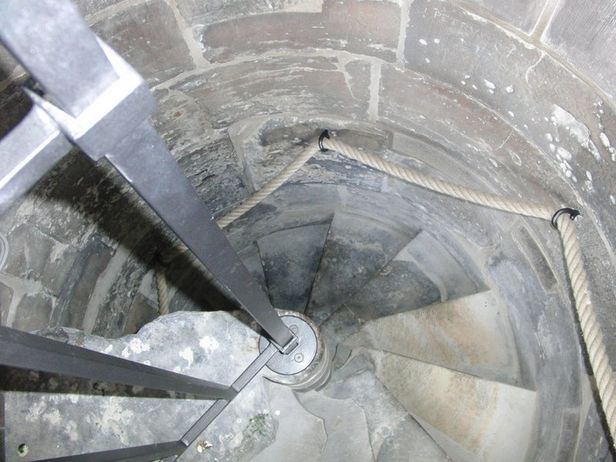 After enjoying the view it was time to climb back down the 430 steps. What a day!