30 Security Apps for Android Take On 2200 Pieces of Malware

30 current security apps for Android recently had to fend off 2200 pieces of the latest malware in the AV-TEST laboratory. This amount may sound like an easy task, but the 2200 attackers used represent the most dangerous and widespread malware around and were collected in the four weeks leading up to the start of the test. In fact, thousands of new attackers are turning up in infected apps every single month. 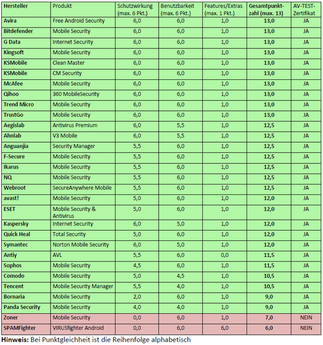 for Android systems involved in the test achieved the maximum points total and over half of these 10 apps can be used for free (AV-TEST Android Apps Test, January 2014).

The statistics recorded by AV-TEST with regard to malware development for Android reveal the shocking truth: in 2012, around 250,000 attackers were recorded throughout the entire year but in 2013, this total was reached after just 2 months. This year’s AV-TEST statistics have already recorded 162,000 pieces of malware in January alone. For its latest app test, the company collected the toughest malware around for a total of four weeks before letting it loose on the system guardians being tested. The laboratory also tested the apps’ usability and made a note of their additional functions. 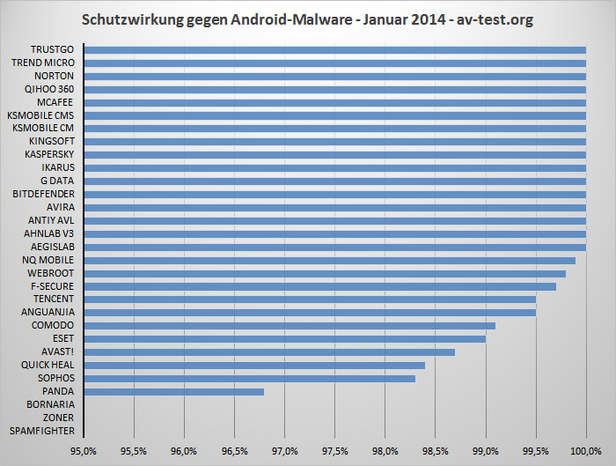 impressive detection rates in the "Protection" category of the test, in which they had to identify nearly 2200 infected apps. 14 system guardians achieved a clean sweep and identified 100 percent of the malware without making any errors (AV-TEST Android Apps Test, January 2014). 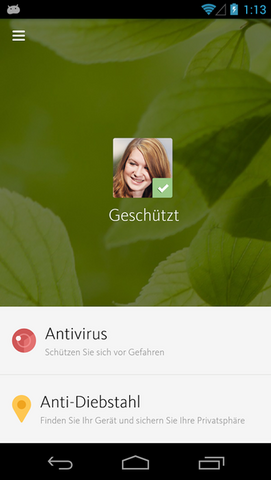 The free app from Avira 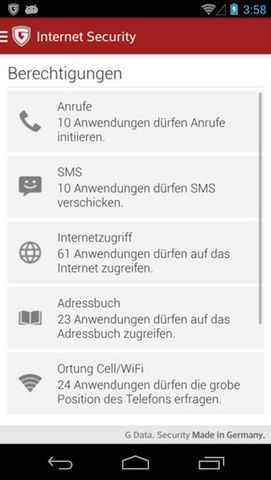 The security app from GData

also achieved the maximum points total of 13 and was among the apps containing the most additional functions. It does, however, require users to pay an annual fee for its services (AV-TEST Android Apps Test, January 2014).

The free app from Avira

The security app from GData

The most important part of the test is the category of "Protection". This involved attacking the 30 systems involved in the test with the 2200 malware candidates mentioned above in the form of infected apps. The fact that the malware was collected in the four weeks leading up to the test meant that some of the attackers were even just days or hours old. This proved problematic for some of the apps tested, but not all of them. In fact, 14 of the test candidates completed this task with flying colours and were able to detect all of the infected apps without making any errors. These successful candidates were the protection packages from Aegislab, Ahnlab, Avira, Bitdefender, G Data, Kaspersky Lab, Kingsoft, KSMobile (both versions), McAfee, Qihoo, Symantec, Trend Micro and TrustGo, all of which achieved the maximum points total of 6 points in this section of the test. The mobile system guardians from Ahnlab, Avira, Qihoo and TrustGo and both of the apps from KSMobile are all available for free. All of the other apps that achieved top results when detecting malware in the test require users to pay a fee of between 6 and 30 Euros a year. Most of the purchasable apps can be tested with all premium functions for a period of 30 days. Once this trial period has elapsed, the programs' protection function remains available to users, albeit without the additional premium features.

Only One App Slowed Everything Down

The security app from Tencent attracted negative attention in the test category of "Usability" by placing an excessive load on the device’s battery and significantly slowing down the Android system. The app from Kaspersky was kind on the battery, but nevertheless had a somewhat negative impact on the system speed, while the protection package from Symantec constantly scoured through a couple of files in the background. The next stage of the test examined whether the guardians blocked clean apps from the Google Play Store or from other sources. In the case of apps from Google, the security apps from Comodo and Panda Security were the only test candidates to experience problems with a handful of incorrectly identified programs. When it came to apps from external sources, only the monitors from Aegislab and Ahnlab tripped up on one occasion. All of the remaining protection apps mastered this section of the test without making any errors and therefore achieved a total of 6 out of 6 points.

The test category of "Features" evaluated the availability of additional security functions. Although some of the apps tested offered even more system tools and additional functions than others, this was not factored into the assessment, especially given that a maximum of just one point was available in this section of the test. An anti-theft protection function should actually be seen as a must in a good security app. After all, without such a feature, users are unable to locate a stolen or lost smartphone, block it or remotely wipe its data. Despite the importance of anti-theft protection, some of the apps tested do not offer users this function, namely those from Antiy, Kingsoft, KSMobile (both versions), Qihoo, Spamfighter and Zoner. Alongside a number of other test candidates, some of these apps do, however, offer additional functions such as a call blocker, message filter or a safe-surfing option. The availability of additional functions also distinguishes most of the free apps from the purchasable versions, with the latter offering features such as data backups, system optimisers, traffic monitors, network analyses and many more. Nevertheless, all of these functions ultimately come down to users' individual tastes and it’s up to them to decide whether they want such additional tools or not.

Good Protection Is the Ultimate Priority

The apps available on the market are constantly improving. In comparison to previous tests carried out by AV-TEST, more system guardians than ever before were able to achieve the maximum points total of 13 points in this most recent test. The test candidates were particularly successful in the category of "Protection", in which the number of apps scoring the maximum possible total of 6 points was a new record in AV-TEST history, with 14 of the 30 apps tested achieving a clean sweep. Users looking for secure protection for their smartphones don’t necessarily need to spend any money, as was shown by the free apps from Avira, Qihoo and TrustGo, all of which achieved top results in the test. The free security apps from KSMobile and Kingsoft also provide good protection but offer no additional functions whatsoever. Although the system guardians from Bitdefender, GData, McAfee and Trend Micro require users to pay an annual fee, they offer a multitude of additional tools and also have a user support function providing assistance where necessary. Some of the free apps do not contain such a function or only offer an English support tool.