16 Apps for Android in an Endurance Test

According to statistics, there are over 2.5 billion Android devices worldwide. They need to be protected against more than 20 million malware threats. In an endurance test from January to June 2017, the laboratory examined which Android apps are the best at doing so, and can also recommend various apps. 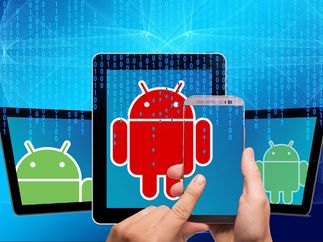 Here are the best.

The number of Android devices running worldwide is quite impressive: 2.5 billion devices is the statistical count as of March 2017. Equally alarming, however, is the current number of registered malware threats in the AV-TEST database: over 20 million. The growth from July 2016 to June 2017 alone is around 7 million malware threats. In the view of many experts, those who still think an Android security app is unnecessary have no one to blame but themselves. 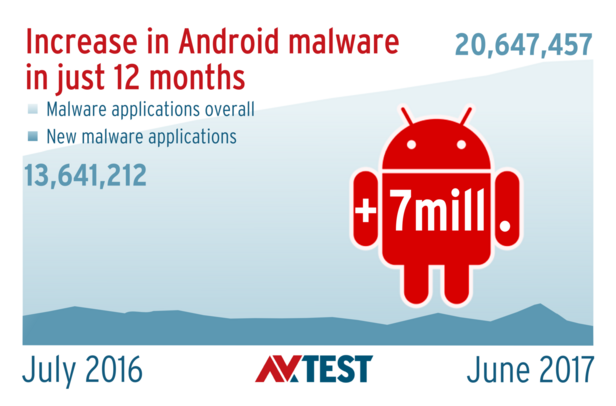 The growth of new malware for Android is constantly accelerating. 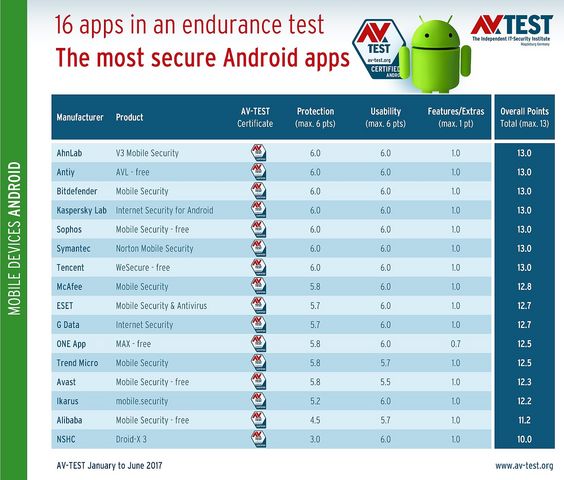 16 apps in an endurance test

Seven out of 16 apps in the long-term test achieved a maximum of 13 points. 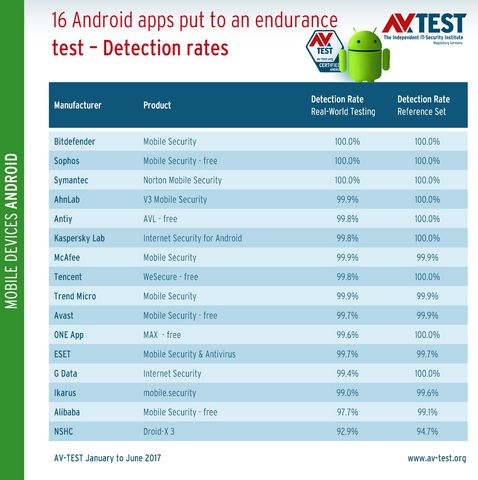 In the test, the security apps from Bitdefender, Sophos and Symantec fended off all malware threats without exception. 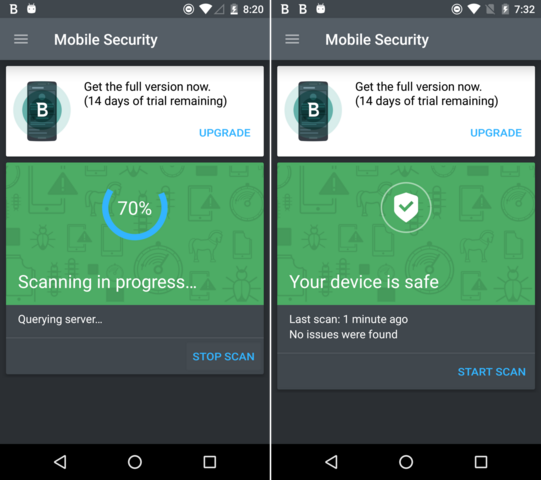 The app delivered excellent performance in the long-term test. 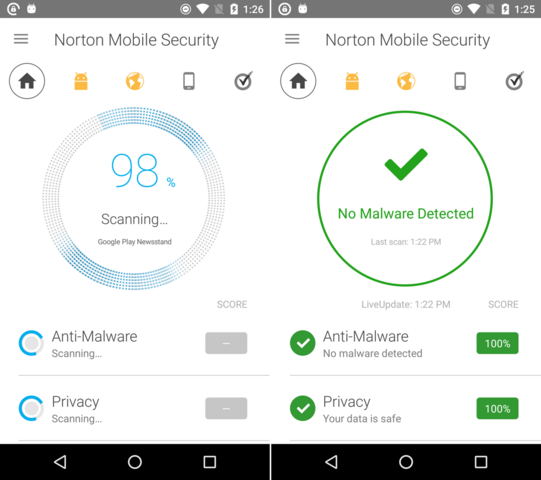 The security app consistently achieved top scores in the endurance test, and it also includes an app advisor. 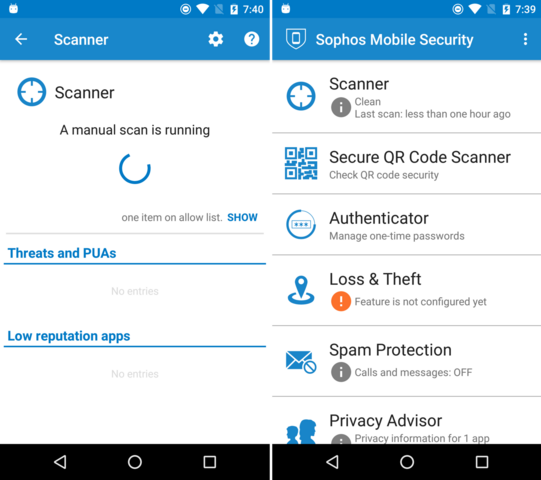 The app from Sophos provides superb protection and is available totally free of Charge.

16 apps in an endurance test

In order to find out which Android apps protect the best, the laboratory evaluated 16 candidates in many individual tests from January to June 2017. In doing so, throughout all the months, the level of protection was always vetted in two test steps: the real-time test with brand-new malware threats and the reference test with Android malware no more than four weeks old. In total, the tests required detection of more than 23,000 malware threats – for each app!

Moreover, the laboratory tested the usability of each app. The idea was to see whether an app has any negative influence on the performance of the Android device. This is seen, for example, in high CPU usage and related battery drain. It is also examined whether good apps are wrongly identified as threats. During the test, all security apps were required to identify just under 12,000 normal applications as benign.

In the last step, the features were also rated. In addition to antitheft functions, this also included extras such as a call blocker, safe browsing or parental controls.

In the first two test phases, the laboratory awarded up to 6 points. For non-security-relevant extra features, there was a maximum of one additional point. The magic number at the end, where possible, was supposed to be 13 points. A total of seven apps managed to hit that target. They come from AhnLab, Antiy, Bitdefender, Kaspersky Lab, Sophos, Symantec and Tencent. Three of the apps can even be used completely free of charge.

Yet even the midfield, scoring 12.8 to 12.2 points, was very close behind the top finishers: McAfee, ESET, G Data, ONE App, Trend Micro, Avast and Ikarus.

Three apps performed exceptionally well in the app test evaluating protection. In the real-time test, they identified all malware threats 100% in the reference test. This performance was consistent throughout the entire test. The apps come from Bitdefender, Sophos and Symantec. Use of the Sophos app is even free of charge.

Following close behind, partly with 99.9 or 99.8% in the real-time test or the reference test are the apps from AhnLab, Antiy, Kaspersky Lab, McAfee, Tencent and Trend Micro.

A key factor is the behavior of a protection app when it is active. If it constantly needs CPU power, the battery will drain quickly and the device will become slow. If the app draws lots of data in the background, it affects not only the battery but also the data volume. The 16 apps completed nearly all these items in the endurance test with flying colors. Merely in one test segment, there was an issue with the apps from Avast and Trend Micro due to excessive battery drain. In the next app version, the errors were corrected, however.

But this did not complete the usability test category. All system watchdogs were also required to identify just under 12,000 apps from the Google App Store and other sources as totally normal applications. Here again, nearly all test candidates delivered impeccable quality. Only the security programs from Alibaba and Avast falsely identified individual apps, flagging them as a threat.

Some packages come loaded with features

In the tests, the lab always awards only one point for the features, as these are mostly not security-relevant. However, there are a few bells and whistles that every app ought to have, such as anti-theft functions. Unfortunately, they are not found in the apps from Antiy, NSHC, ONE App and Tencent. Also good to have is a safe browsing function. This is available on all apps except NSHC and ONE App.

Anyone seeking extras such as parental control will only find them on Sophos and Trend Micro. Only McAfee, Symantec and Tencent throw in a backup function.

Many of the other apps still have additional tools in the mix, such as an app advisor, a network monitor or even an app lock tool. For some premium apps, additional extras can only be used with a paid license.

The result of the endurance test indicates how well most security apps perform on Android. A total of seven out of the 16 apps tested achieved the maximum score throughout all individual tests: 13 points. They are the apps from AhnLab, Antiy, Bitdefender, Kaspersky Lab, Sophos, Symantec and Tencent.

If we now look at the table with the detection rates, the apps from Bitdefender, Sophos and Symantec out of the previously-mentioned group delivered 100% malware detection in the overall test.

While the apps from Bitdefender and Symantec require a license for premium functions, the use of Sophos, also a full-range app, is free of Charge.